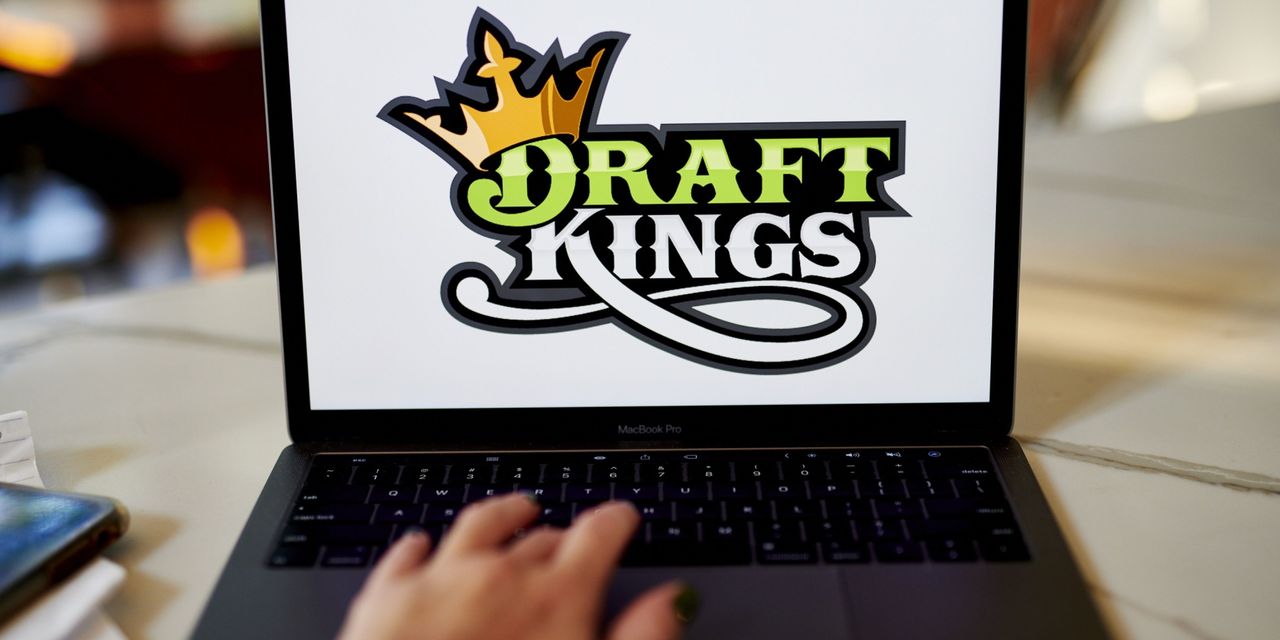 
Digital sports betting may be the perfect hobby for the bored and the stuck-at-home, and

are looking to cash in on the trend.

says the two stocks have a “high likelihood” of sustained outperformance, especially as states like New York, Florida, and Texas consider allowing online betting, in part to close budget gaps with the tax revenue.

Goldman upgraded DraftKings (ticker: DKNG) to Buy, saying its national contracts and brand name recognition will allow them to grow faster than smaller rivals. And it reiterated its Buy rating on Penn National (PENN), reflecting the contribution of Barstool Sports to the bottom line, an estimated $4 per share.

Consumers enjoy betting on live events as they stream them on their phones or mobile devices.

“We see room for continued development given operators relationships with major traditional media arms (such as ESPN) and the success in-house content at Barstool has had by intertwining its media arm with the sportsbook,” Goldman analyst Stephen Grambling said in a note.

New York Gov. Andrew Cuomo raised online sports betting as a possibility during his state of the state address earlier this month.

PlayNY.com, which covers news and analysis of New York‘s gaming market, says New York could become the largest state for online sportsbooks, generating as much as $20 billion in bets a year and $100 million in tax revenue. That is, however, if the market is open to multiple private operators and not forced to run through the state-run gaming commission.

Some states, like New Hampshire, use existing commercial sportsbooks to run their online betting operations. DraftKings manages it there, PlayNY said. Montana, Oregon, and Rhode Island manage it themselves.

Online betting has gained in popularity globally as traditional casino operators look for new business. MGM (MGM) recently dropped an $11 billion bid to buy the U.K. parent of online gambling company Ladbrokes, citing resistance. But it continues to operate a joint venture with them.

Legislation to allow online gambling have been introduced in Florida and Texas, Goldman said in the note. States where casinos are allowed to operate in person are more likely to allow multiple operators because it encourages adoption and investment in brick and mortar locations.

Goldman put a $65 price target on DraftKings over the next year, implying a 19% increase from the current price. The analyst estimates $244 million in revenue for the fourth quarter and $880 million for 2021, both slightly ahead of consensus.