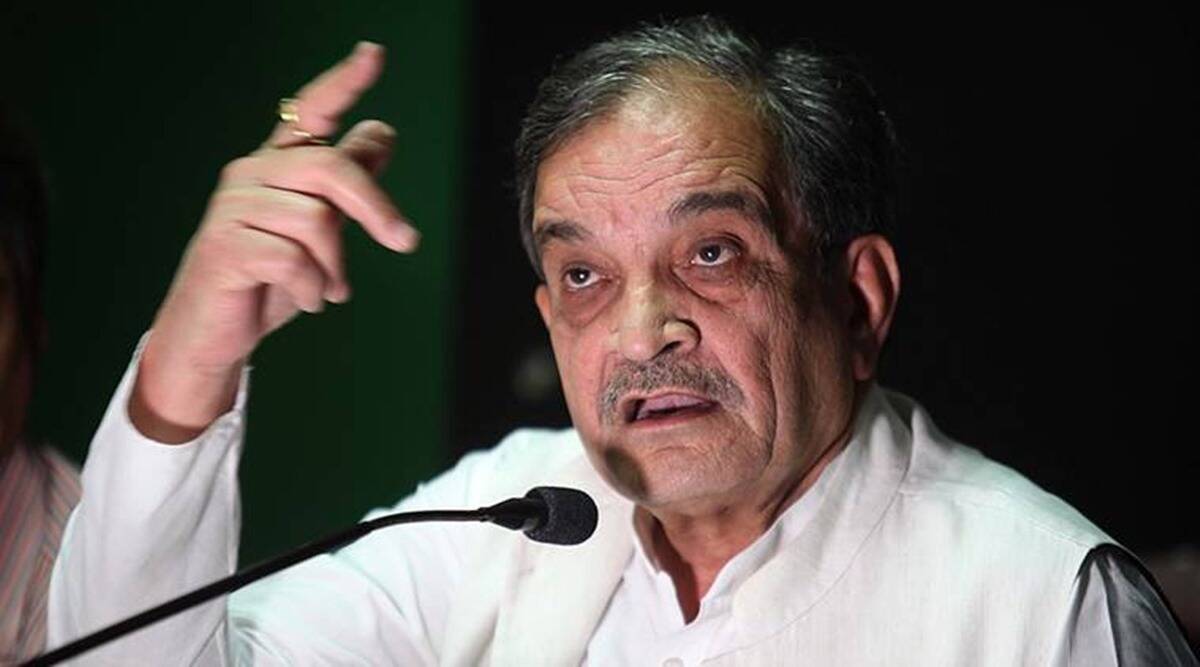 When BJP leader and former Union Minister Chaudhary Birender Singh joined a dharna in support of the farmers protesting against the new farm laws in Haryana’s Jhajjar, he brought back into focus the name and politics of his grandfather Sir Chhotu Ram.

“I am morally bound (to support the farmers). The concept of MSP (minimum support price) and APMC (Agricultural Produce Market Committee) was the handiwork of Chaudhary Chhotu Ram. First time, he brought in agricultural reforms (during British rule),” Singh said at the dharna organised by Sir Chhotu Ram Manch.

Hailed as the country’s first big agrarian reformer who stood up and fought for the rights of agriculturists, Sir Chhotu Ram and his brand of politics had been missing from the ongoing protests by the farmers over the three agri laws introduced by the Centre.

While farmers unions and the Opposition parties have constantly being claiming that the new central laws will destroy the existing mandi system, there had hardly been any mention of Sir Chhotu Ram who, as the development minister in the provincial government of his Unionist Party, had got The Punjab Agricultural Produce Markets Act passed in 1939, paving way for the creation of the market committees with two-thirds farmer representation to oversee the functioning of the mandis.

The 1939 Act was just one of the reform laws introduced in Punjab province by the Unionist Party, which also saw the passage of three crucial Bills seeking to end the exploitation of the peasantry by moneylenders.

It was in 1905 that Sir Chhotu Ram co-founded the All India Jat (then Kshatriya) Mahasabha. He went on to become its secretary in 1913. In 1916, he started publishing an Urdu weekly — Jat Gazette — to air the grievances of the farmers, under the title of ‘Bechara Zamindar’ and formed ‘Zamindara League’ with farmers mainly from the Sikh and Hindu faiths.

It was in the Jat Gazette that he wrote: “People describe the farmer as the Lord of Grains (Annadata), but no one sees whether he himself eats or not. It is the biggest wonder of the world that the one who produces remains hungry. I tell the Rajas and Nawabs and all types of governments of Hindustan to not harass the farmer to the extent that he stands up… Other people break the law when they get angry with a government, but when the farmer would get angry, he would not only break the law, he would also break the back of the government.”

The Punjab Alienation of Land Second Amendment Bill, 1938: Commonly known as the Benami Transactions Bill, it empowered the deputy commissioners to declare all transactions null and void, if these were found to be in violation of the original Act. The Bill was an attempt to cripple illegal methods of moneylenders to acquire farming lands.

The Punjab Registration of Moneylenders Bill 1938: It was passed in order to make moneylenders apply for a get licenses to bring all transactions on record.

The Punjab Restitution of Mortgaged Lands Bill 1938: The legislation sought to terminate old mortgages of land effected before June 8, 1901 on payment of a reasonable compensation.

The Punjab Relief of Indebtedness Bill 1943: The legislation determined the percentage of debt on farmers, , or tenant of agricultural land or who earned livelihood for work connected with agriculture. It further provided that no decree or claim could be passed against an agriculturist debtor for any sum more than twice the original amount.

The Punjab Agricultural Markets Products Bill 1939: Popularly known as the Mandi Act, it mainly intended to save the farmers from different malpractices by brokers and shopkeepers.

High on farmer support, and backed by Khalsa National Party of Sunder Singh Majithia, Sir Sikandar Hyat Khan made efforts for inter-community harmony, unity and to remove political differences among the Muslims, Hindus and Sikhs. As the Premier of Punjab Province, he signed the Sikandar-Jinnah Pact with the Muslim League and the Sikandar-Baldev Pact with the Sikhs for communal harmony, reconciliation and the welfare of all communities.

“Pakistan would mean a Massacre,” said Sir Sikandar Hyat-Khan in October 1938. He reiterated it before the Punjab Legislative Assembly on March 11, 1941. “We want freedom for our Country, freedom in the sense that we shall have full control of our own affairs…We do not ask for freedom that there may be Muslim Raj here and Hindu Raj elsewhere…we should examine this problem not from any petty communal or sectarian point of view… Whatever our differences… Let us strive togeth’er for a freedom which will ensure liberty and freedom for all and which will enable us to live together.”

In 1946, Unionist Party was successful in making Khizar Hyat Khan Tiwana its Premier in Punjab with the help of the Congress party and the Shiromani Akali Dal while keeping largest party — Muslim League — out of power.

However, following the death of Sir Sikandar Hyat Khan, Sir Chhotu Ram and Sunder Singh Majithia by then, it became impossible for Tiwana to resist the pressure from Muslim League and the Congress and he resigned soon after British government announced partition.

Why there are no takers for Sir Chhotu Ram brand of politics?

The farmer leaders who emerged post-partition couldn’t do much for the peasants, says Sardar Manoj Singh Duhan, a farmers’ leader from Haryana who, inspired by Sir Chhotu Ram, launched Unionist Mission in 2015. “Whether it was in Punjab, Haryana or Uttar Pradesh, the so called farmers’ leaders only strengthened their families and now their next generations are ruling over farmers. They are only watching the Union government undoing the reforms introduced by Sir Chhotu Ram. Congress didn’t give any space to him in the history written after partition. Farmers’ unions are largely guided by Left parties and they don’t want to look beyond Shaheed Bhagat Singh. This is why Sir Chhotu Ram and his politics has been sidelined,” he added.

“Politics of Unionist Party and Sir Chhotu Ram was to unite farmers. They countered the politics of moneylenders to bring farm reforms, including the Mandi Act. It is recorded in Assembly proceedings to what extent representatives of moneylenders opposed the farm reforms and how Sir Chhotu Ram stood against them. He and his party wanted to break communal chains by bringing farmers from all religions on one platform,” Duhan added.