CAA is a means to deceive people, says Mamata 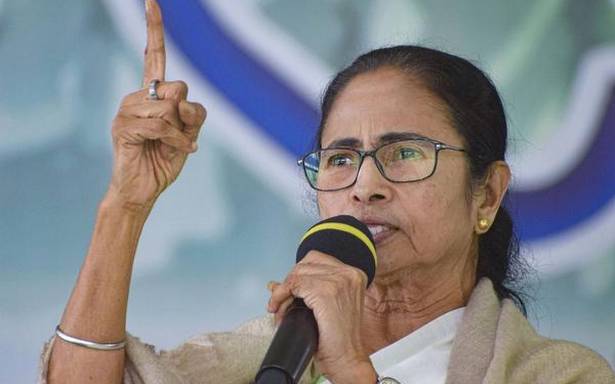 West Bengal Chief Minister Mamata Banerjee on Wednesday said that the Citizenship Amendment Act (CAA) is a means to deceive people and emphasised that she would not allow any National Register of Citizens (NRC) in the State.

Ms. Banerjee made these remarks addressing a public rally at Bongaon in North 24 Parganas, an area with a significant population of members of the Matua community, a Hindu religious sect that has largely come from Bangladesh (earlier East Pakistan).

“There is no need of new documents and certificates. You people have been deceived in the name of the CAA,” Ms. Banerjee said, addressing the rally.

“As the Chief Minister of the State, I am saying that you all are citizens, all Matua are citizens. You do not need new certificates,” she added.

The Bharatiya Janata Party (BJP) leadership has promised that the implementation of CAA would provide citizenship to all Matuas. The CM asked that if Matuas were not citizens, how were they living in the State? She said that her government had regularised all refugee colonies in the State.

“I will not allow any NRC or NPR in the State. The BJP wants to drive out all the people of Bengal and make it Gujarat,” she said. Ms. Banerjee accused the BJP of bringing “outsiders” and “goons” from other States to win elections in West Bengal.

She also accused the BJP of threatening political opponents with the use of Central agencies and said that their message was, “either leaders from the Opposition should stay at home or they would land in prison”. “Fight us politically and democratically. Why use these immoral means?” she asked.

Referring to work she had done for members of the Matua community, she said that her government had decided to set up a university in the name of Matua leaders Harichand Thankur and Guruchand Thakur, and also promised to declare a holiday on the birth anniversary of the leaders of the sect.

“Look at what the BJP has done — they have divided the [Matua] family household,” she said, referring to the division in the family that heads the religious sect.