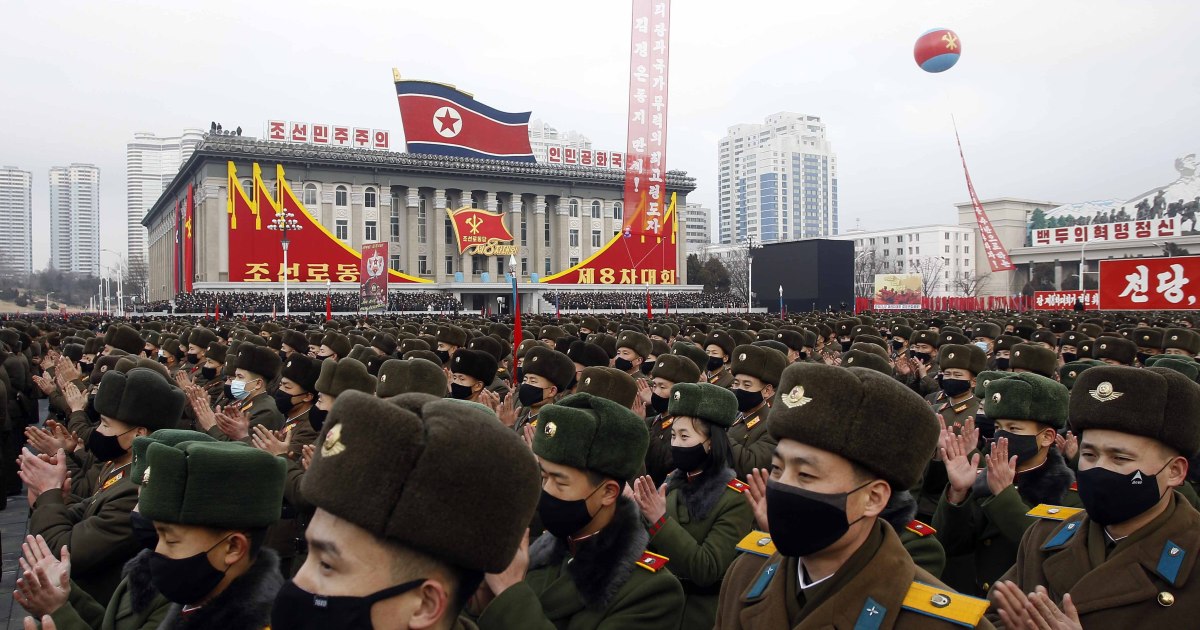 After declaring three years ago that his country fulfilled it decades-long ambition to become a nuclear power, North Korean leader Kim Jong Un turned his attention to fixing an ailing economy that was undermining his pledge to better the lives of his people.

Since then, despite heavy international sanctions restricting trade and most financial transactions, the economy has limped along. Prices remained relatively stable. Growth exceeded expectations. Kim appeared confident enough about his country’s prospects that he rebuffed negotiations by former President Trump to give up North Korea’s nuclear arsenal in exchange for lifting sanctions.

Then came the COVID-19 pandemic. Fears of the virus imperiled Kim’s promises and sent the economy reeling.

“It is really dire. It’s at absolutely [the] worst point in the nine, 10 years since Kim Jong Un took power,” said Jiro Ishimaru, editor of the Japan-based Rimjingang magazine, which regularly speaks to sources inside North Korea. “The Kim Jong Un regime knows there isn’t much prospect for improvement in sight, and they’re planning on enduring it by increasing government control.”

To block the virus, North Korea implemented one of the strictest border closures in the world, pushing the economy to its worst point since the young leader took power in 2011, observers say. The pandemic has all but obliterated the cross-border trade with China on which the country is heavily dependent, wiping out the livelihoods of many citizens and causing shortages of items as diverse as sugar, machine parts and medication. Kim’s pet projects, including a seaside resort and a new hospital in the capital, Pyongyang, sit unfinished, a reminder that even the nation’s most powerful man isn’t above economic constraints.

While Kim was internationally known for his nuclear and ballistic missiles tests, his rule at home had been marked by hope for a degree of prosperity in a land where most people are poor. The current economic difficulties, while not as desperate as the widespread famine of the late 1990s in the aftermath of the fall of the Soviet Union, may be the biggest test yet of Kim’s rule.

“Kim Jong Un talked about all these grand ambitions and people not having to tighten their belts,” said Benjamin Katzeff Silberstein, editor of the site North Korean Economy Watch and a nonresident fellow at the U.S. think tank Stimson Center. “If you compare the current situation to the ambitions, it’s very, very problematic.”

In a speech at a party congress this month, Kim acknowledged the country “fell a long way short” of five-year economic targets set in 2016, a candor that has set him apart from his father.

Blaming external factors and his own regime for the economic failings, Kim appeared to double down on emphasizing self-reliance and self-sufficiency, signaling a further retreat from the modest liberalization that defined his early years. With Kim’s tacit acceptance of private enterprise and informal markets, North Korea saw an emerging middle class, myriad construction projects and improved lives even in rural areas.

That is all in jeopardy.

“It’s like North Korea is headed for a déjà vu of the Kim Jong Il era,” said Jung Seung-ho, a professor at Incheon National University and a former economist for the Bank of Korea specializing in the North Korean economy, referring to Kim’s father, who was in power from 1994 until his death in 2011. Under the younger Kim, he said, “they had all these special economic zones and went after foreign investment, and allowed the informal economy. Now, they’re reverting to government distribution of resources.”

North Korea claims it has had zero cases of the coronavirus, which many outsiders doubt. It has nonetheless quarantined tens of thousands of citizens, restricted movements between regions and even executed an official who brought in goods in violation of COVID-19-related prohibitions, according to South Korean intelligence’s reports to local lawmakers.

North Korea’s trade with China fell 80% last year compared with 2019, according to Seoul-based Korea International Trade Assn. Strict border controls were enforced by the military all of last year, the association said. Along the 880-mile border with China, through which many refugees previously escaped and many goods have been smuggled, a shoot-on-sight order is in place, according to memos obtained by South Korea-based outlets Daily NK and NK News.

With a poorly equipped health system, and without the means to obtain vaccines in the near future, the closures are likely to continue well after other countries start on the road to post-pandemic recovery. Even before the pandemic, more than 45% of its citizens were undernourished between 2017 and 2019, by far the highest rate in Asia, according to a United Nations Food and Agricultural Organization report.

At the same time, the regime appears to have continued investing heavily in its military, showcasing a submarine-launched ballistic missile in a military parade this month that state media touted as “the world’s most powerful weapon.”

“They’re all saying it’s not the coronavirus and getting sick we’re afraid of, it’s hunger,” he said.

Analysts said the coronavirus may also have served as a scapegoat for Kim’s failed economic aspirations as well as an opportunity for his regime to roll back some of the reforms and reassert control over the informal markets, foreign currency trade and society overall.

“COVID-19 is an unpredictable situation that’s affecting the entire world, not just North Korea. In some ways, it serves as an excuse,” said Yang Moon-soo, professor at Seoul’s University of North Korean Studies. “They can say it’s not their fault, it’s a global situation.”

Kim holds absolute power but the economic failures could damage his legitimacy in the eyes of his people and particularly the elite in the capital, Pyongyang. The incomplete construction projects Kim has personally promoted stand as a symbol of that, Silberstein of the Stimson Center said.

“These are projects that the leader himself has put so much emphasis on and they’re just not finishing them,” he said. “If you think about what role the supreme leader has in North Korea, and he’s personally invested a lot of his clout, that says something.”