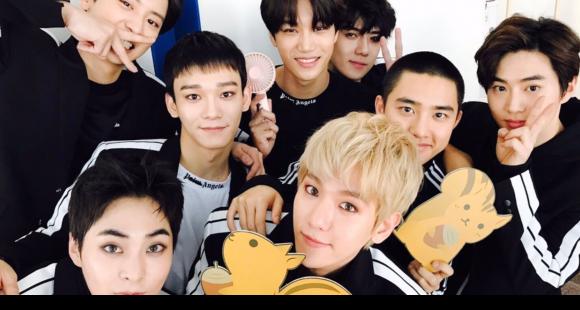 EXO has truly left an inimitable mark in the world of K-pop, and continues to do so, with unbelievable gravitas in their musical talent. We want to know how knowledgeable you are when it comes to EXO’s gripping music videos. Take the fun quiz below to find out.

Can you guess which EXO music video it is by a simple screenshot? Take our fun quiz to find out

It”s hard to believe that EXO has been causing the right stir in the K-pop industry for the past decade with bangers like Growl, Monster, Call Me Baby and Love Shot, just to name a few. The popular South Korean boy group comprises of nine supremely talented individuals namely Suho, Xiumin, Lay, Baekhyun, Chen, Chanyeol, D.O., Kai and Sehun.

We’re curious to know how well-versed you are when it comes to EXO’s impressive music videos. Take our fun quiz below to find out:

In 2019, EXO’s sixth Korean studio album Obsession was released which included the title track of the same name, the music video of which stands proudly at 122,498,383 views (Note: The view count was taken at the time of writing the article). Furthermore, in terms of view count, it’s Love Shot MV reigns supreme and ahead of other EXO music videos with 367 million views and counting and not following too short behind is their hard-hitting tune Monster MV with 364 million views and counting.

Currently, EXO members are focusing on their solo projects as the past few years saw Xiumin, D.O., Suho and Chen enlisting to the military to complete their mandatory service. While Xiumin got discharged in December 2020, D.O. recently was welcomed with open arms by EXO-L’s as he made a hero return.

It was recently announced that Xiumin will be lending his voice to the soundtrack of Mr. Queen’s OST with the song dropping tomorrow, i.e. January 31 and marking his first song release since his military discharge, while D.O. treated fans by sharing a live video clip of his uplifting song That’s Okay on the day he got discharged.

ALSO READ: Can you guess which GOT7 music video it is by a simple screenshot? Take our fun quiz to find out

Do let Pinkvilla know how much you scored in our new EXO quiz and also take to the comments section to reveal which is your favourite EXO music video of all time.

Can you guess which EXO music video it is by a simple screenshot? Take our fun quiz to find out