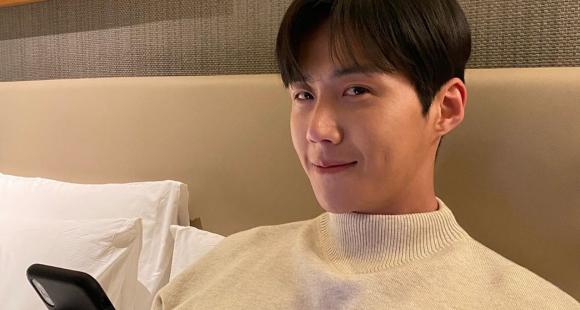 With his recent scene-stealing performance as Han Ji-pyeong in Start-Up, Kim Seon-ho has proved what a versatile talent he is. We want to know how knowledgeable you are when it comes to the Start-Up star’s popular dramas. Take the fun quiz below to find out.

Can you guess which Kim Seon Ho drama it is by a simple screenshot? Take the fun quiz to find out

Kim Seon-ho”s unbelievable rise in popularity post his scene-stealing stint as Han Ji-pyeong in Start-Up doesn’t come as much of a surprise for Seonhohada (Kim Seon-ho’s fandom name) as the 34-year-old actor’s versatile talent as a performer has been prominent in the many plays and dramas he starred in prior to the much talked about tvN series.

We’re curious to know how well-versed you are when it comes to Kim Seon-ho’s popular dramas. Take the fun quiz below to find out:

As Han Ji-pyeong, Seon-ho instilled major second lead syndrome in the hearts of the viewers and that’s thanks to his earnest take on halmeoni’s ‘good boy’. Many would agree that some of their favourite scenes definitely involved Ji-pyeong in some capacity, whether it be his heartwarming equation with Choi Won-deok (Kim Hae-sook) or his underrated romantic gestures toward Seo Dal-mi (Suzy).

Even with shows like Strongest Deliveryman, You Drive Me Crazy, 100 Days My Prince and Catch the Ghost, Seon-ho proved that it doesn’t matter if you’re the main or second lead. You can make your own mark with how you imbibe the character in your heartfelt performance.

As fans are eagerly awaiting for Seon-ho’s next confirmed drama, the actor’s name has popped up for the lead cast of two tvN projects between Link (reportedly Kim Ji-won is also in talks) and Mr Hong’s remake opposite Shin Min-ah.

ALSO READ: Can you guess which Suzy drama it is by a simple screenshot? Take the fun quiz to find out

Do let Pinkvilla know how much you scored in our new Kim Seon-ho quiz and also take to the comments section to reveal which is your favourite Kim Seon-ho drama of all time.