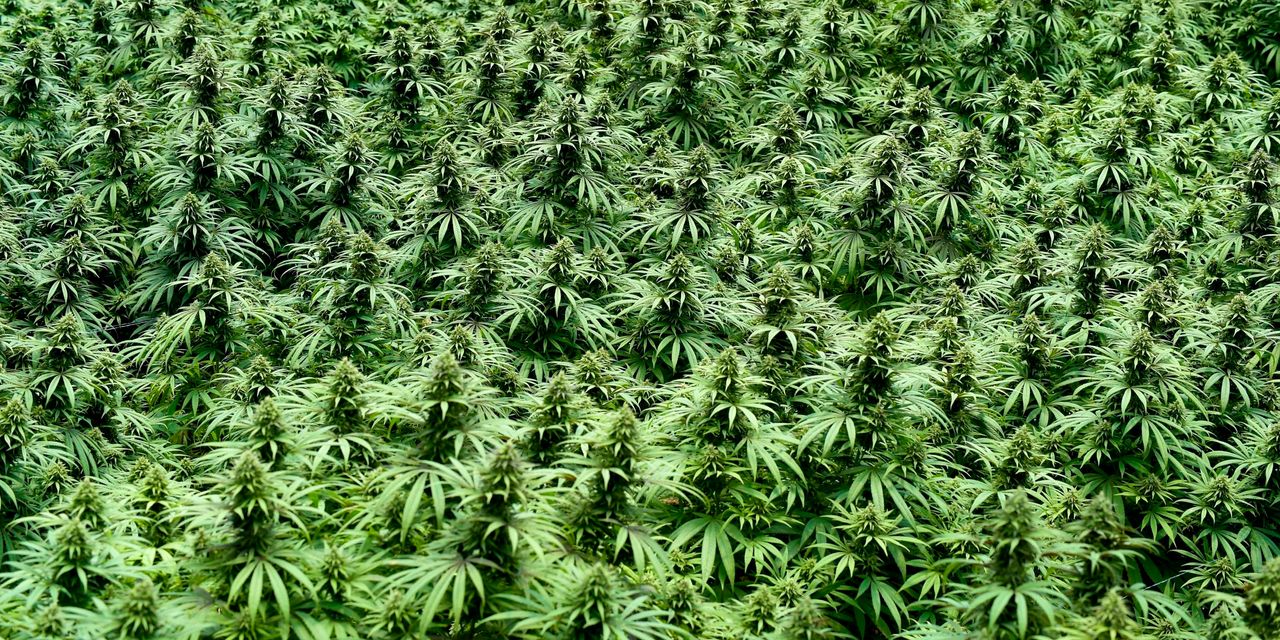 Canopy Growth Corp. shares soared 11% Tuesday, after the Canadian cannabis company posted a wider-than-expected loss for its fiscal third quarter, but revenue that beat estimates, and offered an upbeat outlook that sees the company achieving profitability in the second half of 2022.

The net loss was mostly due to impairment and restructuring charges of C$416 million, the bulk of which stem from Chief Executive David Klein’s overhaul of the company’s sprawling operations. In December, Klein announced the closure of four of Canopy’s indoor sites and the ending of outdoor cannabis grow in Saskatchewan, resulting in the loss of about 220 jobs.

Klein, who was brought in to his role from Constellation Brands Inc.
STZ,
,
Canopy’s largest shareholder with a stake of about 39%, is aiming to cut costs by up to C$200 million in the next 12 to 18 months.

On the company’s earnings call, Klein said he is most excited about the “prospects of promising cannabis reform in the U.S. under the new administration in Congress.” President Joe Biden and his administration are expected to pursue a reform agenda and many hope it may even include an end to the federal ban on cannabis.

That would place Canopy in a strong position, as it has a takeover agreement with multi-state operator Acreage Holdings Inc.
ACRHF,

that will be triggered if the law changes, giving it an instant foothold in the U.S.

Klein said legislation that Majority Leader Chuck Schumer has promised to deliver in the near term, or a combination of reform measures, “could allow Canopy to enter the U.S. THC market during calendar 2021.”

“Our government relations team is working very closely with key members of Congress to pave the way for cannabis reform that addresses both the much-needed social justice reform and provides a boost to the post-pandemic economy by creating jobs and generating tax revenues,” he told analysts on the call.

Read now: New York is finally expected to legalize cannabis in 2021 as Gov. Cuomo goes all in

Net cannabis revenue came to C$99 million in the quarter, boosted by an increase in Canadian recreational and international medical sales. Growth was also boosted by an increase in sales of S&B vapes, This Works health and wellness products and demand for the company’s U.S. CBD products under the Martha Stewart brand and consumer packaged goods under the BioSteel sports nutrition brand acquired in 2019.

See: Here are analysts’ favorite marijuana stocks, which they expect to rise as much as 82% in the next year

Cantor Fitzgerald analyst Pablo Zuanic said the numbers were mostly in line with his expectations and reiterated his neutral rating on the stock and C$50 price target, which is below the stock’s current price of about C$62.

“Management says it gained 2 points of market share sequentially in Canada recreational (market) to 15.5%, with gains in Ontario and British Columbia and a drop in Alberta,” Zuanic wrote in an early note. “We esmate the market grew 10% sequentially in the Dec. quarter, so given low single digit growth in B2B and B2C, the only explanation for the market share claim would be inventory destocking by the boards and retailers.”

Jefferies analyst Owen Bennett said that while question marks remain around Canadian delivery and overall losses are still significant, “sentiment is very much tied to the US anyway.

“Here, recent trends in CBD are impressive, while Canopy continues to be the best positioned Canadian name in terms of US optionality for near term legislative reform. This optionality is very much in the price already though,” he wrote in a note to clients. Bennett rates Canopy as hold.

Canopy shares have gained 103% in the last 12 months, while the Cannabis ETF
THCX,