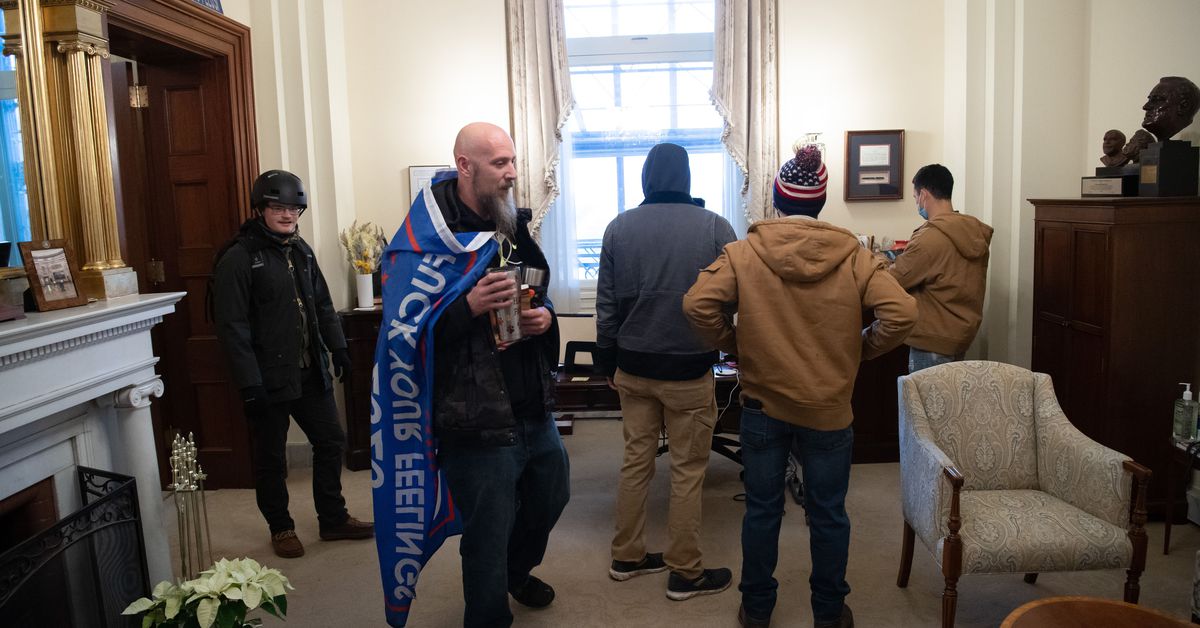 A capitol rioter may have stolen Speaker Nancy Pelosi’s laptop with plans to sell it to the Russian government, according to an FBI affidavit filed on Sunday. The affidavit charges Riley June Williams with unlawful entry and impeding government functions, based on extensive video record placing her at the scene of the Capitol riot. But the affidavit also uncovers an apparent plan to steal Speaker Pelosi’s laptop and convey it to a contact in Russia, who would then make contact with the country’s government.

Williams was identified by UK media over the weekend, and officers confirmed the identification with her driver’s license photo (on file with the Pennsylvania Department of Transportation) and in an in-person interview with her parents. Notably, public videos show Williams directing rioters to the general location of Pelosi’s office, consistent with the idea that she intended to ransack the office.

According to the affidavit, a former associate of Williams told police she had planned to steal Speaker Pelosi’s laptop with the intention of selling it to the Russian government.

Reuters has previously reported that a laptop was stolen from Pelosi’s office. According to an aide, the laptop was stationed in a conference room and “was used for presentations.”

Device theft has been a significant concern for government IT workers in the wake of the capitol riot, which broke long-standing security procedures around congressional offices. The idea of devices being stolen or tampered with was viewed as a “nightmare scenario” in the wake of the attack.

“I don’t think I’d sleep well until the networks were rebuilt from scratch,” said one former House IT official on Twitter, “and every computer wiped and the internals visually inspected before being put back into service.”

Williams remains at large, despite the ongoing investigation and public identification. She has discontinued her phone number and deleted social media accounts on Facebook, Instagram, Twitter, Reddit, Telegram and Parler. After returning from the raid, she packed a bag and told her mother she would be gone “for a couple weeks,” the affidavit reads. “Williams did not provide her mother any information about her intended destination.”