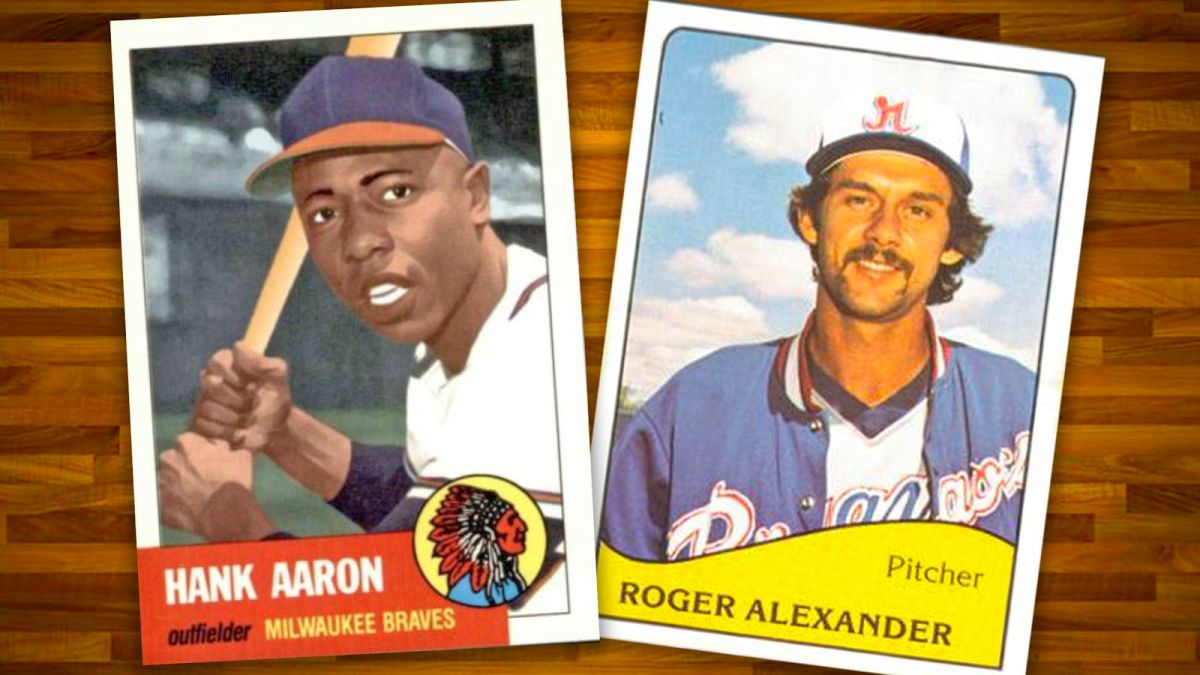 Right-handed pitcher Roger Alexander never faced Hank Aaron on the field, but is forever linked to the Hall of Famer who died on Jan. 22 at age 86. That’s because he was the player to be named later in a trade that sent Aaron to the Milwaukee Brewers. The Brewers sent outfielder Dave May (an All-Star in 1973) to Milwaukee in November 1974. A month later, Alexander, then 20 years old, was added to the deal.

“My initial reaction was that I was stepping into the unknown; I was going to a new club where I didn’t know anybody,” Alexander, now 66, said in a phone interview from his Florida home. “Just like anybody changing jobs,” he added.

“Then it hit me that I’d be a trivia question for the rest of my life.”

Alexander, an Oklahoma kid who had signed with the Brewers out of high school, was a third-round pick in 1972. He’d spent the season before the trade at Double-A Shreveport, La., where he went 9-13 with a 6.43 ERA., so he wasn’t exactly expecting to be swapped for baseball’s all-time home run leader.

He first found out about the trade in a roundabout kind of way.

“This was 1974, so there was no Internet, social media, all that stuff,” Alexander said. “One of my relatives who lived in Illinois heard it on the radio and called my dad. Then my dad called me.”

After it sunk in, Alexander thought, “Hank Aaron is obviously one of the greatest players of all time, so to be included in a trade like that was special.

“Part of me was honored, but I also recognized that I was the player to be named later. It wasn’t like I was being traded heads up for Hank Aaron.”

In a bit of ironic baseball karma, the home run king’s brother Tommie — who played seven seasons for the Braves — was Alexander’s manager for three years on the Braves’ Savannah, Ga. and Richmond, Va. farm teams.

“Tommie would kind of tease me about it,” Alexander said. “Like, ‘Hey, come on. Don’t embarrass us, you were traded for my brother.” He laughs at the memory.

At the time of the trade, Alexander had never met Hank Aaron. But after finishing his playing career with two seasons in Milwaukee, Aaron returned to Atlanta. He was hired as the Braves’ vice president in charge of player development, overseeing the farm system — or as Alexander called him, “my boss.”

“Over the years, you would negotiate your contract — which wasn’t really a lot of negotiation at that point in time — with him,” said Alexander, though the two didn’t talk much about the trade. “It came up briefly, just that he recognized that I was in that trade.”

Alexander never even got a cup of coffee in the Big Leagues. He retired from the game in 1979 after a 6-14 season for Triple-A Richmond. After finishing college at the University of Oklahoma, Alexander worked in the oil and gas business (following in his father and grandfather’s footsteps) till retiring just before the pandemic hit last year. Dave May, the other player in the deal, died in 2012.

Asked for a scouting report on his own pitching abilities, Alexander offered this: “I had a good fastball, low 90s. Had a live arm, the ball moved a lot. I had a pretty good curveball, and at the end of my career, a good changeup.”

And if you were a batter facing him, Alexander would advise you to watch out., “I led three leagues in hit batters,” he said.

As for who baseball’s authentic home run champ is, Alexander has little doubt that it’s Aaron. “I’m old school. The whole steroid thing in my mind, that’s cheating.”

After he’d heard from his dad about being dealt, a Brewers exec called Alexander and “sent me a nice letter saying that I could tell my grandkids some day that I was traded for Hank Aaron.”

And he has told his two grandchildren, ages 6 and 4.

“But it probably didn’t mean anything to them,” Alexander said, explaining that his daughter married an Englishman and her family lives in Cardiff, Wales. The kids are probably “more interested in soccer.”