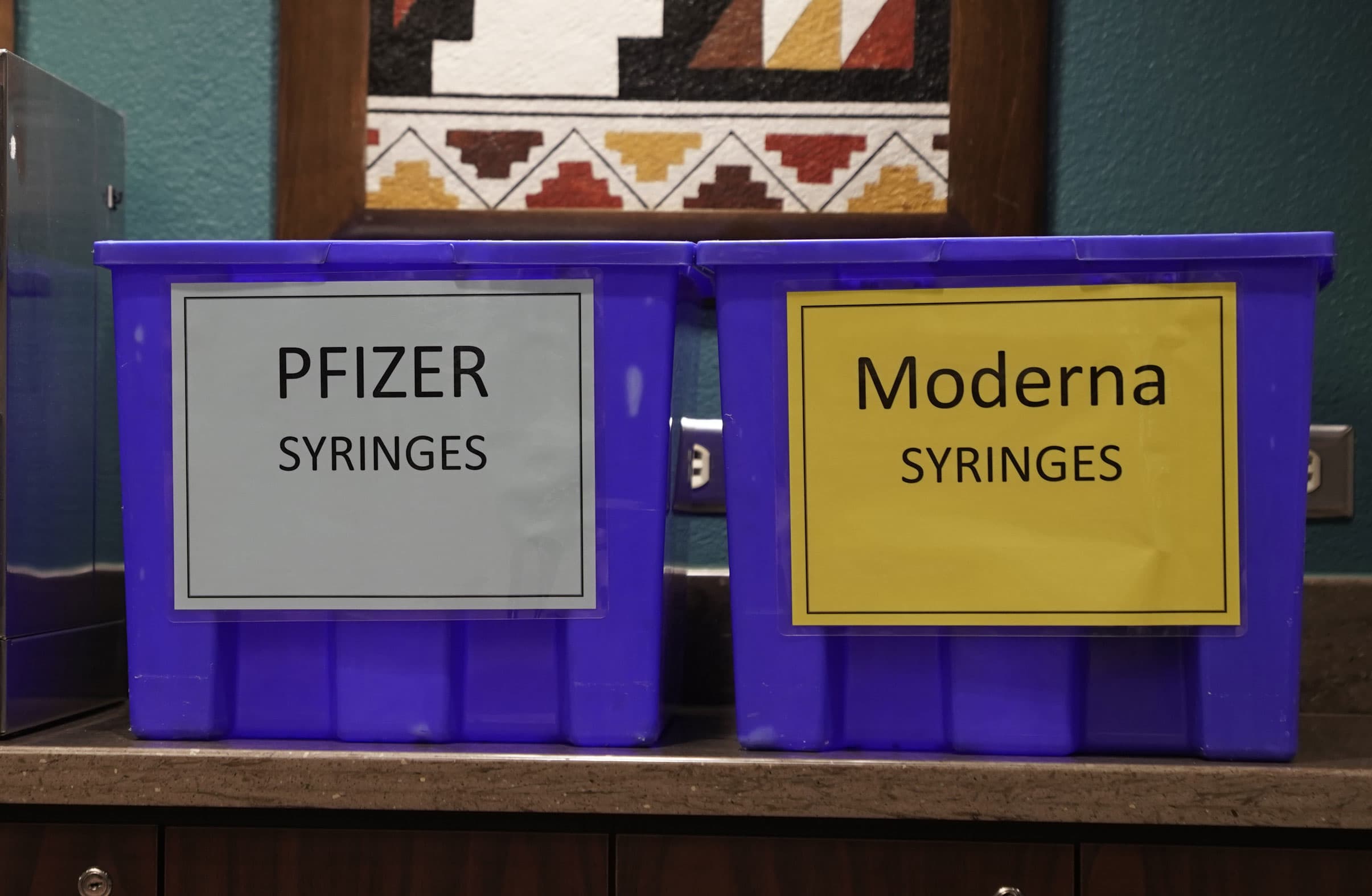 The Centers for Disease Control and Prevention quietly changed its guidance on Covid-19 vaccine shots, saying it’s now OK to mix Pfizer’s and Moderna’s shots in “exceptional situations” and that it’s also fine to wait up to six weeks to get the second shot of either company’s two-dose immunization.

While Pfizer’s and Moderna’s vaccines, which both use messenger RNA technology, were authorized to be given 21 and 28 days apart, respectively, the agency now says you can receive either shot so long as they are given at least 28 days apart, according to new guidance posted Thursday on its website.

Although “every effort” should be made to ensure a patient receives the same vaccine, in rare situations “any available mRNA COVID-19 vaccine may be administered at a minimum interval of 28 days between doses” — if supplies are limited or the patient doesn’t know which vaccine they originally received, the CDC’s new guidance says.

The agency says the two products are not interchangeable, and acknowledged that it hadn’t yet studied whether its new recommendations would change the safety or effectiveness of either vaccine. But vaccine research specialists who spoke with CNBC said that the two immunizations are so similar in design that people shouldn’t be worried about the rare instances in which the doses will be mixed.

“The intent is not to suggest people do anything different, but provide clinicians with flexibility for exceptional circumstances,” Jason McDonald, a spokesman for CDC, said Friday in an email to CNBC.

The CDC said health-care providers should give patients a vaccination record card that tells them when they received their first shot and which kind of shot it was to help ensure that patients know which shot they ought to receive the second time. The agency also recommends that providers enter the patient’s vaccination information into their medical records and the government’s immunization information system.

Ramon Lorenzo Redondo, a molecular virologist at Northwestern University’s Feinberg School of Medicine who reviewed the CDC’s updated guidance, said health-care providers should try to stick to the recommended schedule. But, he added, there will be some “emergency situations” like the ones described by the CDC that might require switching of the shots.

While there’s no data on this and it’s certainly not the optimal route, he said, it’s unlikely to be damaging so it’s a reasonable protocol.

The CDC’s new guidance comes after public health authorities in the United Kingdom similarly updated their Covid-19 vaccine guidance earlier this month. If the manufacturer of the first shot isn’t known or if a second dose of the shot a patient first received isn’t available, “it is reasonable” to substitute another shot, U.K. health officials say in their updated playbook. It’s not the preferred course of action, but it is allowed.

John Moore, a vaccine researcher at Cornell University who has reviewed the new CDC guidance, said in a phone interview Friday with CNBC that the change “makes sense.” He said the Pfizer and Moderna vaccines are very similar and while it hasn’t been studied, there’s no immediately apparent reason to think that mixing doses would lower efficacy or reduce safety.

“The FDA and CDC are allowing mix and match. They’re not recommending it. I don’t think it’s something that will happen regularly, but I can’t imagine that there would be any harm to anyone by doing this and that of course is the first priority,” he said. “These are unusual times. So in unusual times, you have to consider unusual changes to protocol.”

Moore, who specializes in HIV vaccine research, said it’s common to use experimental vaccines sequentially to research the effect on HIV. He said it’s uncommon to do this outside of a research setting, but the country is currently in extraordinary circumstances.

“There’s no good reason to think that there would be a safety concern that is created in this situation and you would strongly expect the efficacy to be substantially unchanged,” he said.

Both companies require two doses to achieve maximum protection from the coronavirus. While both shots should be administered according to the originally recommended guidelines, the CDC said the second dose of either companies’ vaccine could be delayed as long as six weeks if necessary.

The updated guidance comes as some cities and counties across the country are canceling vaccine appointments because they don’t have as many doses as they originally expected.

Wayne County, Michigan, for example, said last week it would prioritize making sure that people who got their first shot get their second shot on time. But the county said it had to cancel almost 1,400 appointments for people to get their first shot.

The Pfizer and Moderna vaccines are “extraordinarily similar,” Dr. Bill Schaffner, an epidemiologist at Vanderbilt University, said in a phone interview, so there’s no reason to think that there would be any adverse reaction to mixing the vaccines. It was important for the CDC to put out this guidance, Schaffner said, because the vaccine registry systems across the country, which are run by states, vary in quality. So some information may be lost, leaving people unaware of which vaccine they received. He added that some people might travel across state lines and receive their second dose in a different state, further complicating the matter.

“Although this mixing and matching, as we call it, has not been specifically studied, there’s no biological reason for this not to work and be justified,” he said.

Dr. Nancy Messonnier, director of the CDC’s National Center for Immunization and Respiratory Diseases, was asked Friday about the interval at which the two shots should be administered.

“The data that we have is on a two-dose vaccine at the recommended schedule, 21 or 28 days,” she said at a virtual event hosted by the Harvard T.H. Chan School of Public Health and National Public Radio. “At this point we at CDC agree with what FDA has said and FDA has been very clear that we should be using the approved regimen.”

“It’s rooted solidly in the science and the available evidence, and to do something different than that would be not following the science and potentially not allowing us to really realize the full potential of these vaccines,” she said. “So for now, from the CDC perspective, we think that it has to be two doses on the recommended schedule.”