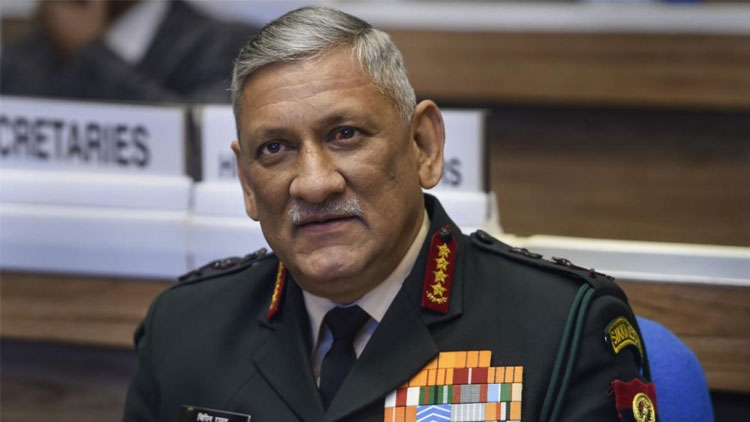 On December 8, 2021, IAF chopper Mi-17V5 crashed in Tamil Nadu’s Coonoor with CDS Bipin Rawat, wife Madhulika Rawat, and 12 other persons aboard. A tri-service inquiry has been ordered to ascertain the cause of the accident. At this sad unfortunate moment, let us take a look at the life of CDS Bipin Rawat.

Bipin Rawat was born on the 16th of March 1958 in a small district of Uttarakhand named Pauri Garhwal. This hero dreamt of serving in the Indian Army just like his family did for many generations. His father, Laxman Singh Rawat, became the Lieutenant General and his mother was the daughter of an ex-MLA member.

He joined the National Defence Academy, followed by the Indian Military Academy in Dehradun, receiving the ‘Sword of Honour’ award. He has a Mphil degree and diploma in Management and Computer Studies. In addition, he did a study on military media strategic studies, for which he was awarded an honorary doctorate by CCS University, Meerut.Rawat tied the knot with Madhulika Rawat in 1985. A descendant of an erstwhile princely family, she was the daughter of Kunwar Mrigendra Singh, sometime Riyasatdar of the pargana of Sohagpur Riyasat in Shahdol district, and an Indian National Congress MLA from the district in 1967 and 1972. They have two children named Tarini and Kritika.

Rawat began his military career on the 16th of December 1978, where he was commissioned into the 5th battalion of 11 Gorkha Rifles which happens to be the same unit as his father. He commanded as a Major in J&K, then as a Colonel in the 5th battalion 11 Gorkha Rifles. He commanded 5 Sector of Rashtriya Rifles and then a multinational Brigade after getting promoted to Brigadier. His rank then rose to Major General, which is when he took over General Officer Commanding 19th Infantry Division (Uri).

He has a great service record of 43 years within which he has been awarded for gallantry and distinguished service.

He was decorated with the Param Vishisht Seva Medal (PVSM) for his distinguished service on the eve of 70th Republic Day by President Ram Nath Kovind in 2019.

Here’s a list of the medals and awards received by him:

Deepest condolences to his family

It feels sad to hear news of untimely demise of such a decorated officer.