Central and Southern California have 0 percent I.C.U. capacity, in a state already low on hospital beds. 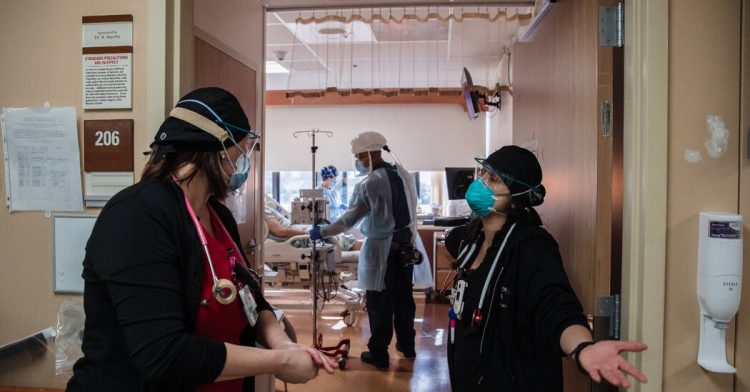 California, the wealthiest and most populous state of the world’s wealthiest country, has long had a dearth of hospital beds — just 1.8 beds per 1,000 people, according to 2018 data compiled by the Kaiser Family Foundation. Now a record-shattering slew of coronavirus cases has wiped out intensive care unit capacity in a large swath of the state.

Southern California, its most populous region, and San Joaquin Valley, a central region, have 0 percent I.C.U. capacity, keeping them under a stay-at-home order until at least Dec. 28, the California Department of Public Health said on Saturday.

Intensive care units in the Bay Area region are at 11.3 percent capacity and the Greater Sacramento Region has 16.9 percent capacity. Both will likely remain under the order at least into the new year.

Before the pandemic, California’s ratio of hospital beds per person was only slightly higher than Washington State and Oregon, both of which ranked last in the nation. Many of the state’s hospitals kept their number of beds low in part to limit costs.

California is the first U.S. state to report more than 2 million coronavirus cases so far. On Friday, the weekly average of new cases per day in the state was 36,418, according to a New York Times database. That is a 21 percent increase from two weeks prior.

The situation is now out of control, officials and health care workers have warned. At Martin Luther King Jr. Community Hospital in South Los Angeles, resources are so stretched that gurneys have been placed in the gift shop and the lobby is being used to treat patients. And keeping health care facilities sufficiently staffed has been yet another hurdle.