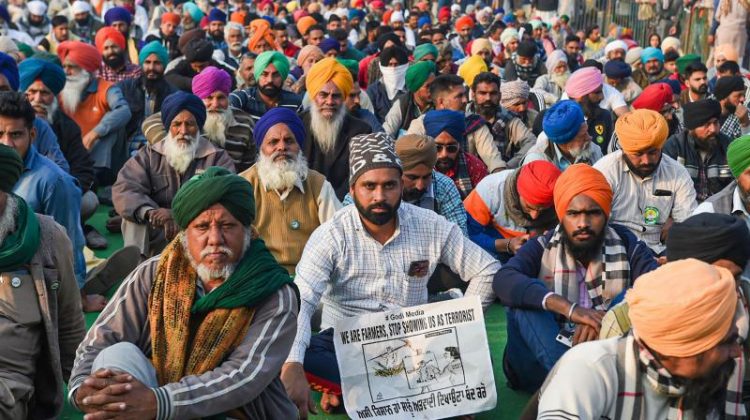 NEW DELHI: The Centre on Thursday extended a fresh invite to protesting farmer unions for talks, but made it clear that it would not be logical to include any new demand related to minimum support price (MSP) in the agenda, adding that it was out of the purview of three new agriculture laws. The Centre said that the new laws have no connection with the price regime nor would they have any impact on the procurement of farm produce at fixed rates.

In a three-page letter addressed to the Sankyukt Kisan Morcha, an umbrella body of 40 farm unions, agriculture ministry’s joint secretary and CEO PM-Kisan Vivek Aggarwal said: “This has been told to the unions in every discussion and it has also been made clear that the government is ready to give written assurance on MSP. Any new demand related to MSP, which is out of the ambit of farm laws, is not logical to include in the talks. As informed earlier, the government is ready to discuss all the issues raised by farmer unions.”

The letter from the Centre comes just a day after the farmer asked the government to stop repeating meaningless amendments and offer a concrete proposal in writing for another round of talks. The government had earlier written to the farmers’ unions on Sunday, inviting them for the sixth round of talks as per their convenience.

Aggarwal’s letter said, “I again request you that the government has been discussing all issues with an open heart and good intention to end the protest, and will continue to do so. Kindly suggest a date and time (for the next round of talks).”

Previous five rounds of talks between the government and the unions failed to break the deadlock with the farmers insisting on the repeal of the three laws and camping at Delhi borders for nearly a month now. The Centre has asked the union leaders to provide details of other issues they want to discuss during ministerial level talks, which will be held in Delhi’s Vigyan Bhawan.

In its new letter, the Centre reiterated that it is ready to find a “logical solution” to the issues raised by protesting farmer unions. Mr Aggarwal said it is important to keep all doors open for discussion and added that it is the responsibility of the government to listen to farmer organisations and farmers.

The government has held several rounds of discussion with farmer unions under the Samyukt Kisan Morcha and urged them to choose a date as per their convenience for the next round of talks. Thousands of farmers from Punjab, Haryana, UP, Rajasthan and some other states are protesting against the Farmers (Empowerment and Protection) Agreement of Price Assurance and Farm Services Act, Farmers Produce Trade and Commerce (Promotion and Facilitation) Act, and the Essential Commodities (Amendment) Act.

The three farm laws, enacted in September, have been projected by the Centre as major reforms in the agriculture sector that will remove the middlemen and allow farmers to sell their produce anywhere in the country. The farmers who have been protesting for about a month at Delhi borders have expressed apprehension that the new laws would pave the way for eliminating the safety cushion of MSP and do away with the mandi system, leaving them at the mercy of big corporates.

In his letter, Mr Aggarwal reiterated that the government is “eager to resolve logically” all issues raised by the protesting farmer unions. He also thanked unions for giving clarity that Dashan Pal, state president of Krantikari Kisan Union Punjab, had written a letter on behalf of all protesting farmers unions in response to the government’s December 20 letter.

Aggarwal said, “In all communications, representatives of farmer unions had informed the government to send invites and letters separately to each organisation. You have made it clear that Dashan Pal’s letter was written on behalf of all farmer unions. Thank you for this clarity.”

He said, “In your letter, you have pointed out the government has not sent a proposal in relation to the Essential Commodities (Amendment) Act. In the previous letter, it was made clear that a written proposal would be given on the issues which were discussed on December 3. Still, in its December 20 letter, the government said it was ready to discuss if any other issues the farmer unions would want.”