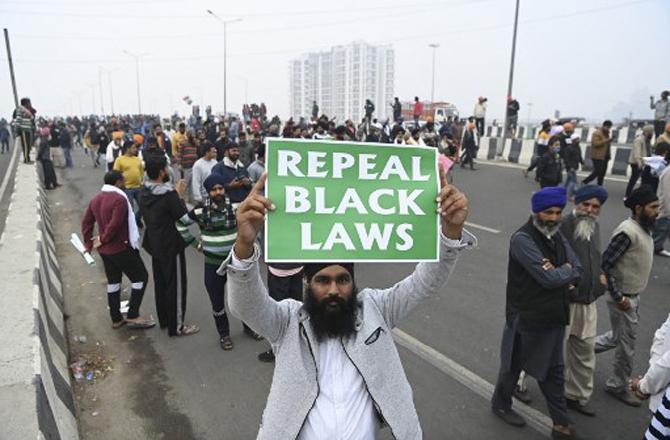 The government and farm unions reached some common ground on Wednesday to resolve protesting farmers” concerns over rise in power tariff and penalties for stubble burning, but the two sides remained deadlocked over the main contentious issues of the repeal of three farm laws and a legal guarantee for MSP.

After nearly five hours of the sixth round of negotiations between three union ministers and a 41-member representative group of thousands farmers protesting on Delhi borders, Agriculture Minister Narendra Singh Tomar said at least 50 per cent resolution has been reached with mutual agreement on two out of four items on the agenda and discussions would continue on the remaining two on January 4.

“Discussions on the three farm laws and MSP are continuing and will continue in the next round of talks on January 4,” Tomar told reporters after the meeting ended.

He said talks were held in a cordial atmosphere and the two sides reached an agreement on two issues — one relating to the proposed electricity law and the other about an ordinance on penal provisions for stubble burning.

He hailed the unions for maintaining peace and discipline during their protest, but urged them to send the elderly, women and children back to their homes due to the extreme cold weather.

Tomar said the union leaders kept insisting on repeal of the three farm laws, but the government side tried to explain them the benefits of the Acts and sought to know specific problems faced by the farmers.

On farmers” demand for a legal guarantee for procurement at Minimum Support Price (MSP), the minister said the government has already said that it is ready to give a written assurance.

“Talks will continue on these two issues,” Tomar said.

After the meeting, Union leader Kalwant Singh Sandhu said Wednesday”s talks mostly focussed on electricity and stubble burning, while the next meeting on January 4 would focus on the MSP guarantee and the three farm laws.

Tomar was accompanied by Food and Railways Minister Piyush Goyal and Minister of State for Commerce Som Parkash at the meeting.