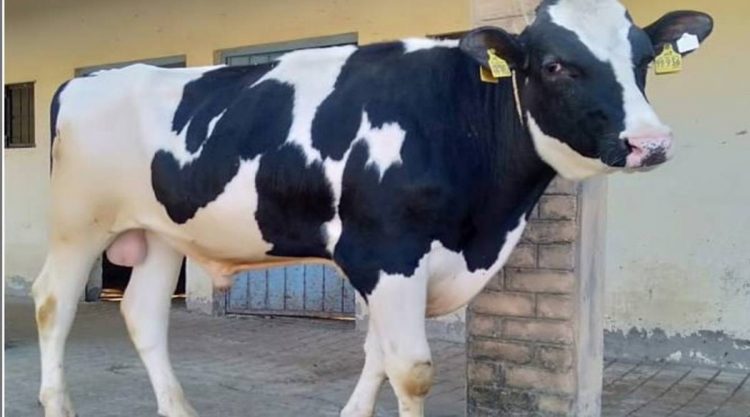 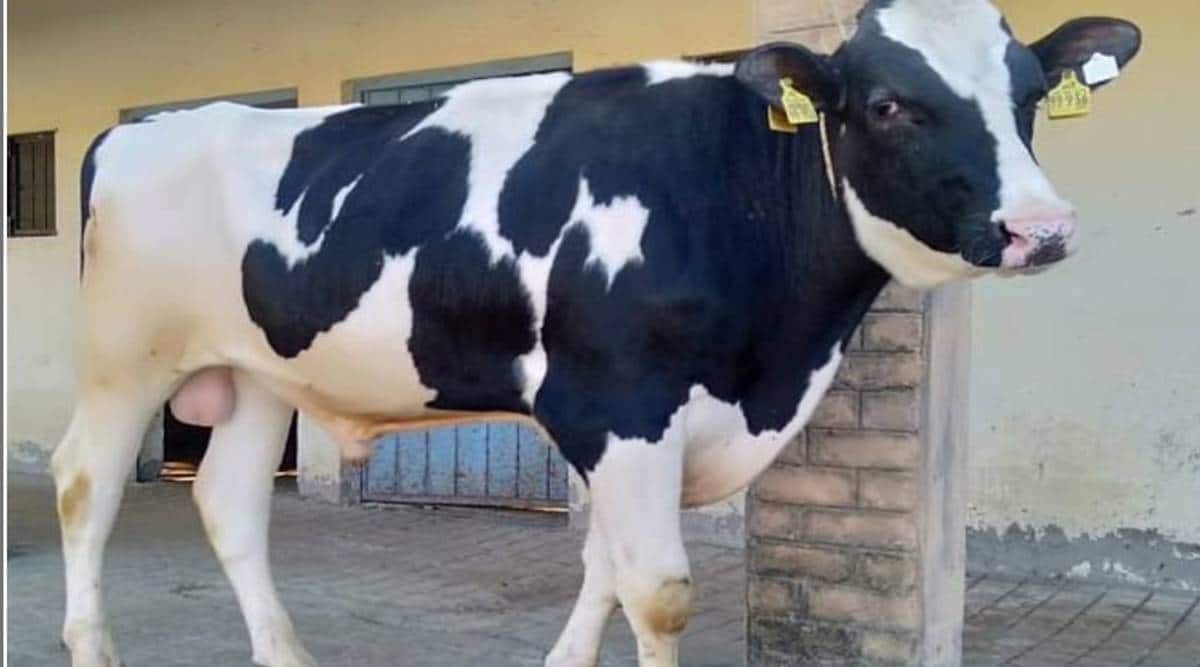 All the four bulls are less than 12 months old.

Amid ongoing protests by farmers over the three agri Acts, Centre has allocated four bulls imported from Germany to Punjab under Rashtriya Gokul Mission to give a boost to milk production in the state.

As per a functionary of Punjab Animal Husbandary department, the state produced 126 lakh tonnes of milk per annum out of the total 1870 lakh tonnes produced across the country.

All the four bulls are less than 12 months old. Their dam yield — a parameter based on annual milk production by their mother and grandmother — ranges between 11,749 kg to 13,747 kg per lactation period.

“The average milk yield per lactation cycle of a HF cow in Punjab is between 8,000 to 9,000 litres. The cows born out of semen straws of the imported bull would give more milk and enhance its production in Punjab,” said Kahlon.

The bulls cost Rs 9 lakh each, but have been provided free of cost to Punjab by the National Dairy Development Board (NDDB). The semen production is likely to start in two years. During first year, it is projected that the bulls will produce 8,000 to 10,000 straws of semen.

As per Kahlon, the straws would be injected primarily to HF cows to increase milk production, the milk fat and the milk protein through their offspring. Kahlon said that more than 70 per cent of the cows in the state were of HF breed, with the remaining comprising of cross-bred and indigenous cows like Sahiwal and Gir.

The bulls were brought to Punjab from Chennai on December 3. As per an official of animal husbandry department, while the bulls were kept under quarantine in Chennai, they would remain in quarantine at department’s semen bank station at Ropar for 30 days. The department has a semen bank facility at Nabha also.

This is after five years that bulls have been imported from abroad to use their semen straws for breeding and increasing milk yield in the state. In 2015, seven bulls were imported from Germany and two from Denmark.