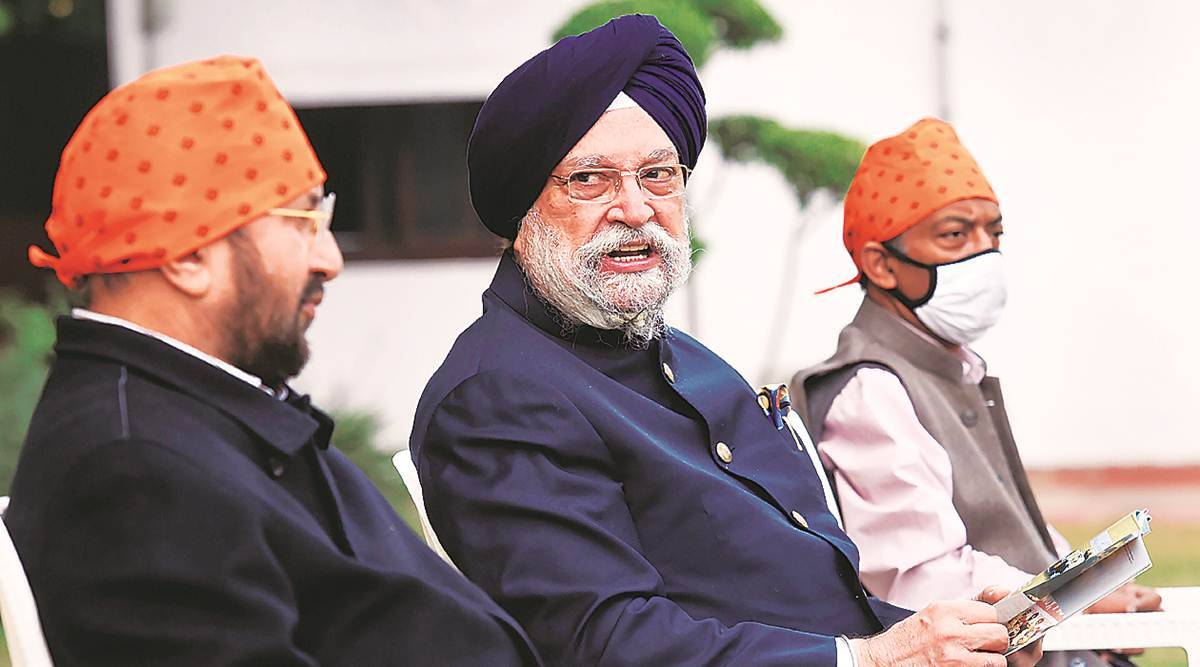 
Union ministers Prakash Javadekar and Hardeep Singh Puri during the release of the book titled ‘PM Modi and his government’s special relationship with Sikhs’, in Delhi. (PTI)

The Centre on Monday released a booklet titled ‘PM Modi and his government’s special relations with Sikhs’, on the occasion of Guru Nanak Dev’s birth anniversary and amid the farmers’ protests in Delhi.

Published by the Information & Broadcasting Ministry, the booklet mentions that PM Modi’s “special relationship with Sikhs has been seen in his personal gestures to the community and to the holy Gurus, as well as in his government’s work empowering the Sikh community”.

It states that Modi has “paid great respect to the Sikh Gurus while he has always lauded the bravery, courage and spirit of enterprise of the Sikhs” and with “such a PM at the helm, no wonder that the government also has taken many institutional measures for the welfare of the Sikhs”.

Released by Union Information and Broadcasting Minister Prakash Javadekar along with Union Civil Aviation Minister Hardeep Singh Puri, the booklet has been published in Punjabi, Hindi and English.

From the release of a commemorative stamp and coin by the PM to mark the birth anniversary of the tenth Sikh Guru Gobind Singh to opening of the Kartarpur Corridor, the booklet points to several decisions taken by the Modi government in recent years.

It also lists Citizenship Amendment Act and Revocation of Article 370 as decisions that have been beneficial for the community.

The cover page carries a picture of former SGPC president Gobind Singh Longowal conferring the ‘Qaumi Seva Award’ to PM Modi, on the occasion of the opening ceremony of Kartarpur Sahib Corridor at Dera Baba Nanak on November 9, 2019.

When SAD was in alliance with the BJP, the SGPC – which the SAD presently controls – had showered praise on the PM.

The 44-page booklet has 13 chapters and more than 30 pictures of PM Modi.

The first chapter starts with how Golden Temple was allowed to receive foreign donation along with a picture of PM Modi serving langar to devotees at Golden Temple’s community kitchen.

The booklet claims that Modi government reduced the number of blacklisted Sikhs, living in other countries, from 314 to 2.

A section of the community, including Akal Takht Jathedar Giani Harpreet Singh, had repeatedly questioned CAA and revocation of Article 370, which the booklet hails.

Anti-Sikh riot victims have also been mentioned. “For almost 30 years, the perpetrators of 1984 anti-Sikh riots were protected by certain vested interests. Fresh probe was done through SIT.. It re-opened around 80 cases… Convictions of big political personalities… was done within just 3 years,” it reads.

The booklet points out that “before 2014, just 18 lakh students from the Sikh community had been given scholarships. But the Modi government ensured that 31 lakh Sikh students were given pre/postmatric and merit-cum-means scholarships”.

RELATED:  Army Personnel Ferry Woman, Newborn to Their Home on Stretcher Amid Heavy Snowfall in J&K