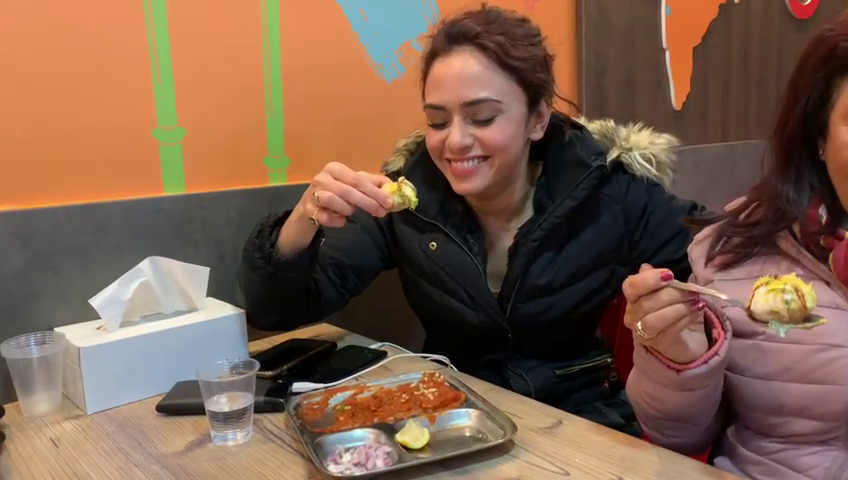 Since the trailer of the Marathi movie Well Done Baby was launched, the light-hearted drama has been gaining love across the country. Directed by debutant Priyanka Tanwar and starring Amruta Khanvilkar, Pushkar Jog and Vandana Gupte, the movie showcases the journey of a young modern-day couple on the brink of a divorce when they find out that they are pregnant.

With the movie shot in the bustling city of London, Amruta Khanvilkar talks about the amount of fun she had in the city saying that one of her best memories is when they went hunting for some Indian food. “Playing the role of a pregnant woman on-screen gave rise to real life cravings for me. It was one of those days where Vandana-ji and I were really feeling homesick and were craving good Indian food. Pushkar, being an amazing human being and an even amazing Producer, managed identifying an Indian restaurant in Hounslow and took us and the entire crew for a chaat party. We literally devoured vada paav, sev-puri, batata puri, etc to our hearts content there.”

Adding to the same, Pushkar said, “London is one of my favourite places in the world and I had an absolute blast shooting for Well Done Baby there. However, shooting in London during peak winters was not easy. Our director Priyanka Tanwar is a perfectionist and would make us take multiple takes in the biting cold weather. It was challenging but great fun. It was really a great experience to work with Amruta and Vandana-ji although they were always teaming up against me.”

Well Done Baby is all set to premiere on April 9 exclusively on Amazon Prime Video.