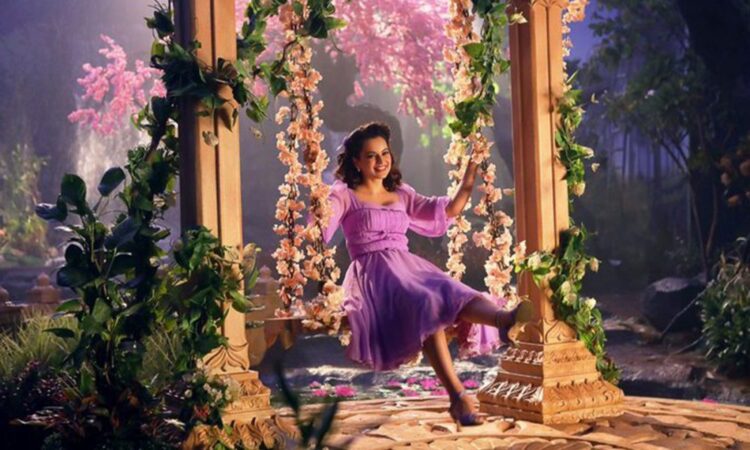 A new song from Kangana Ranaut’s awaited film Thalaivi just dropped. It is a romantic song that features Kangana Ranaut as J Jayalalithaa from the earliest stage of her career i.e. when she was a budding young actress in the south Indian film industry.

It was actress Samantha Akkineni who introduced the music video of Chali Chali through her own Twitter handle and mentioned, “Amma’s unmatched grace and her stunning screen presence is known to all. Witness her fanfare from Cinema to CM. #ChaliChali #MazhaiMazhai #IlaaIlaa out! ” There are three versions of the song i.e. in Tamil, Hindi and Telugu.

Apart from Kangana Ranaut, Arvind Swami, Nassar, Bhagyashree, Samuthirakani, Raj Arjun will also feature in the movie in the movie playing crucial roles. The trailer for Thalaivi also received a great response from everyone. It came right around the time Kangana won the National Award for the year 2020.

Directed by A L Vijay, Thalaivi will hit the theatres on 23 April 2021.