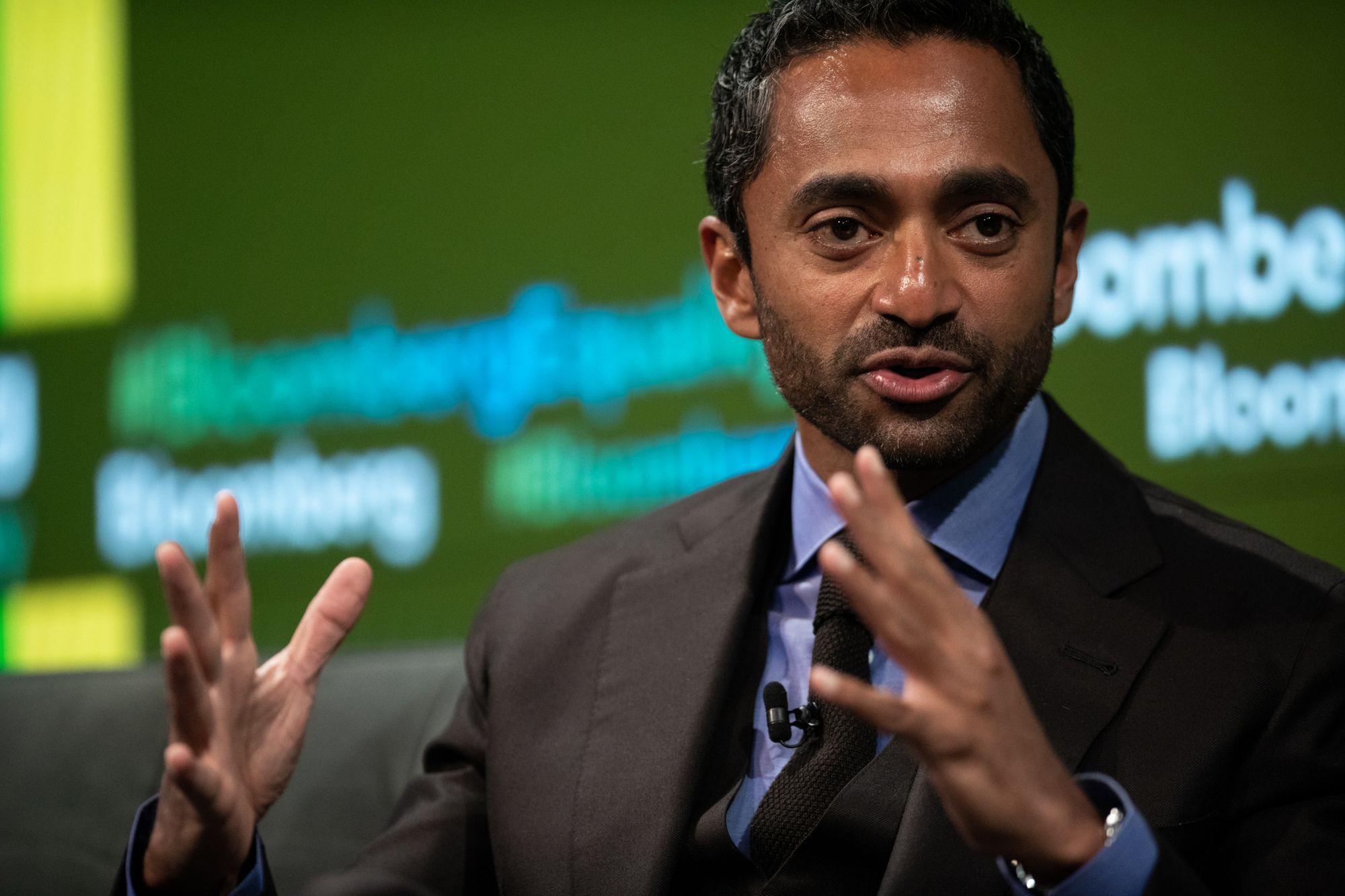 (Bloomberg) — Serial blank-check dealmaker Chamath Palihapitiya has doubled down on SPACs and has now participated in at least half a dozen deals that his own blank-check vehicles aren’t even involved in.

Latch and Sunlight were just two of the five companies that announced they were going public via a SPAC on Monday, in deals worth a combined $15.4 billion including debt. The flurry of mergers come after a record year for blank-check companies that shows no sign of stopping. with more than $15 billion raised in fresh capital already this month. SPACs raised more than $79 billion in the U.S. in 2020 — more than the combined total in all previous years, according to data compiled by Bloomberg.

While the amount Palihapitiya invested in two of the Monday deals couldn’t immediately be learned, he tweeted Jan. 21 that he was leading a private investment in public equity — or PIPE — for an undisclosed deal that turned out to be Latch. The SPAC, backed by New York-based real estate firm Tishman Speyer, raised an additional $190 million from investors including Palihapitiya, BlackRock Inc. and D1 Capital Partners.

Sunlight agreed to go public through a merger with a vehicle backed by Apollo Global Management Inc. The SPAC raised $250 million from Palihapitiya, Coatue and BlackRock, among others. SPACs announce PIPE investments when they do a deal to help finance it and support its closing.

Landcadia Holdings III Inc., which announced a deal with Hillman Group Inc., slipped slightly in afternoon trading, though it still trades above the $10-per-share price at which SPACs go public. Investors had already had a chance to trade the Hillman and Alight deals after earlier reports on the transactions.

Palihapitiya isn’t the only investor showing up on multiple deals but he is one of the few individuals showing up so often in the public announcements. These transactions often attract big names, usually institutional investors such as BlackRock and Fidelity Management & Research Co. It’s possible other private investors are investing in SPAC mergers without disclosing their involvement.

(Updates with money raised by SPACs in 2020 in the third paragraph. An earlier version of this story corrected the definition of PIPE.)