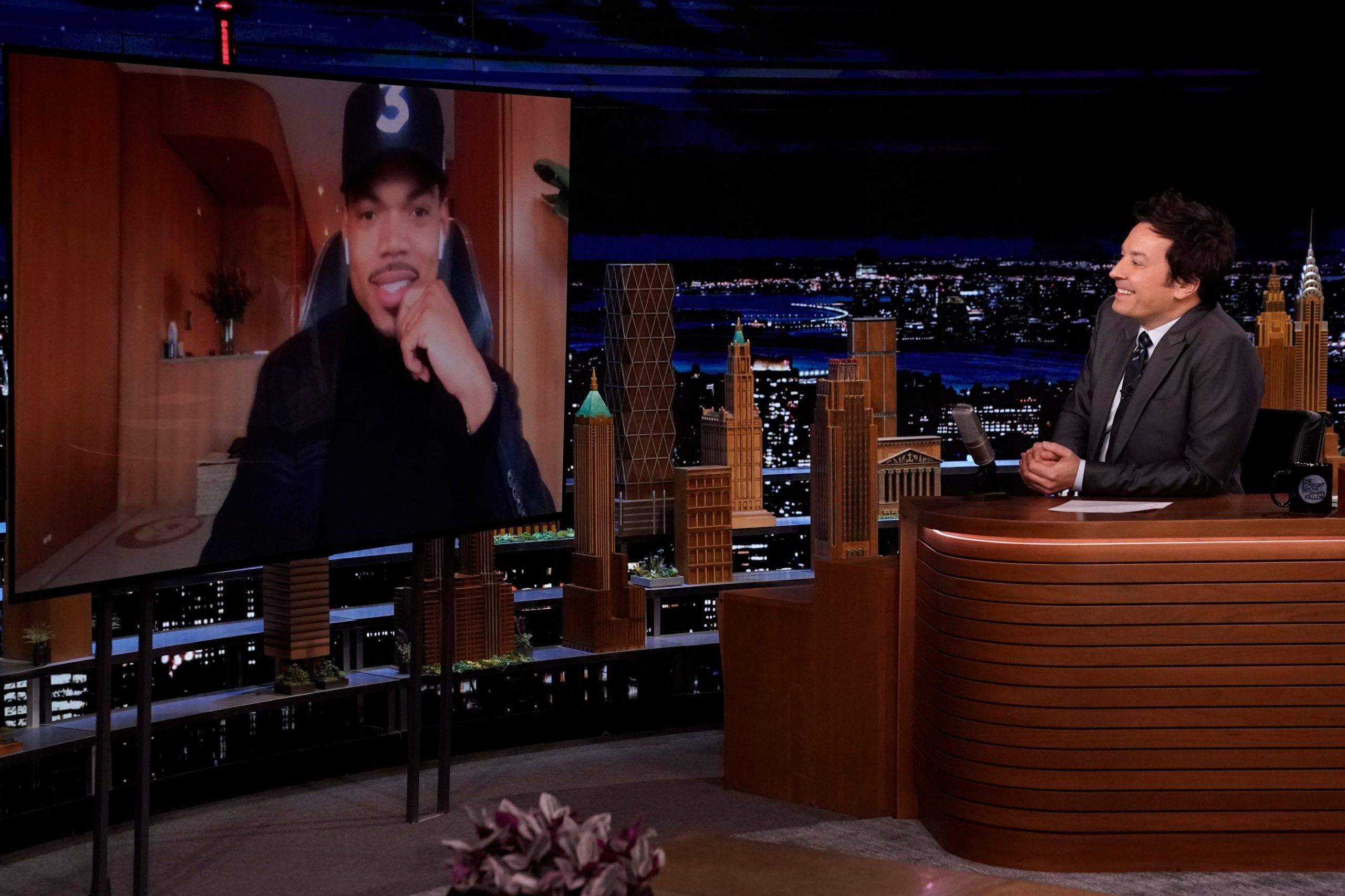 Respect must be shown. When Jimmy Fallon, still stuck hosting The Tonight Show with virtual guests, announces a “new game,” it usually sounds a little dorky at first. Then, once it starts, one has to admit: okay, I’m home, I’m going to sleep in a few minutes, and I am being entertained.

Similar to Anna Kendrick‘s recent display of interpretive karaoke skills, Fallon and his guest Chance the Rapper were tasked with taking some of life’s more mundane moments and jazzing them up with the aid of auto-tune. The results were weirdly enjoyable.

Fallon went first, changing a paragraph of legal registration boilerplate into something with an undeniable amount of groove. (Having The Roots on hand to provide the backing beat surely didn’t hurt.)

Chance followed up by describing the side effects of Claritin. You might think this would be a natural for a chillwave experiment, but, well, that just goes to prove why he’s the successful recording artist! (The li’l number we’ll call “The Loratadine Stomp” is actually quite upbeat.)

Fallon was then challenged to explain what Cryptocurrency is, so now we know what “Etherium” sounds like as if an android said it. (And, in the future, maybe they will!) Chance’s final challenge was to sing about a used pool cue on Ebay.

Chance’s appearance on The Tonight Show Starring Jimmy Fallon was pegged to the release of his forthcoming concert film Magnificent Coloring World, which will play at AMC Theaters this summer after a sneak preview in Chicago this weekend.

— An Intimate View of a Young Queen Elizabeth II
— The Sacklers Launched OxyContin. Everyone Knows It Now.
— Exclusive Excerpt: An Icy Death at the Bottom of the World
— Lolita, Blake Bailey, and Me
— Kate Middleton and the Future of the Monarchy
— The Occasional Terror of Dating in the Digital Age
— The 13 Best Face Oils for Healthy, Balanced Skin
— From the Archive: Tinder and the Dawn of the “Dating Apocalypse”
— Sign up for the “Royal Watch” newsletter to receive all the chatter from Kensington Palace and beyond.