Chandni Sharma AKA Ishani opens up on taking up Ishq Mein Marjawan 2: I took up the role for the love of fashion

Chandni Sharma reveals why she took up Ishani’s role in Ishq Mein Marjawan 2. 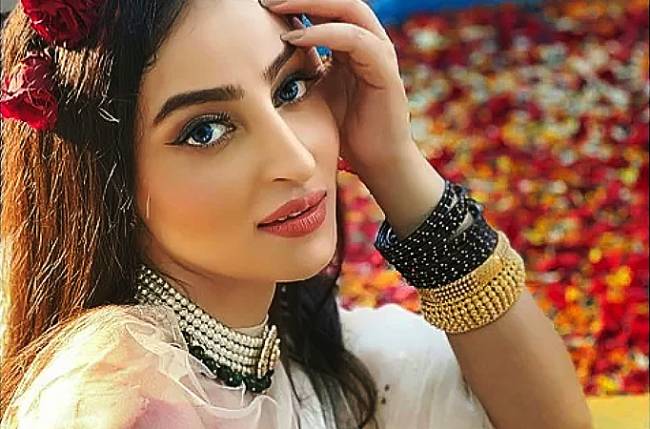 MUMBAI: Chandni Sharma is presently seen in Colors’ show Ishq Mein Marjawan 2. The actress plays the role of Ishani on the show and has received a lot of appreciation for the portrayal of the role.

Ishani’s character has evolved a lot as the show’s story has progressed. with time. Apart from all the on-screen work, Chandni is having a whale of a time working with the star cast of Ishq Mein Marjawan 2.

In one of her recent interviews with TellyChakkar, Chandni opened up about her character Ishani and also revealed what made her take up Ishq Mein Marjawan 2.

ALSO READ: We are not friends but maintain a great professional rapport: Chandni on her bond with co-star Rrahul Sudhir

Chandni said, “The first reason I said yes to this character is my love for fashion and makeup. I think that’s one similarity I share with Ishani’s character.”

The actress further said, “I am very happy to play this character. I love everything related to glamour in real life.”

Chandni is shown as Vansh’s sister on the show who hates Ridhima.

Well, Ishani’s character has some negative traits which make it quite important as it has an impact on Vansh and Ridhima’s life.

A lot of drama is currently going on in Ishq Mein Marjawan 2 in the track current which has left the viewers excited.

ALSO READ: Chandni Sharma: Each episode of Ishq Mein Marjawan 2 is sure to keep you at the edge of your seats

RELATED:  Hannah Brown Opens Up About Her Body Image Struggles In New Video

From Bridgerton Fame Regé-Jean Page AKA Duke Of Hastings, Harry Styles To...

Watch – Cheteshwar Pujara Gets Out Cheaply In A Bizarre Fashion

HFPA Responds To Criticism About Its Lack Of Diversity: “We Need To Bring In Black Members” – Update