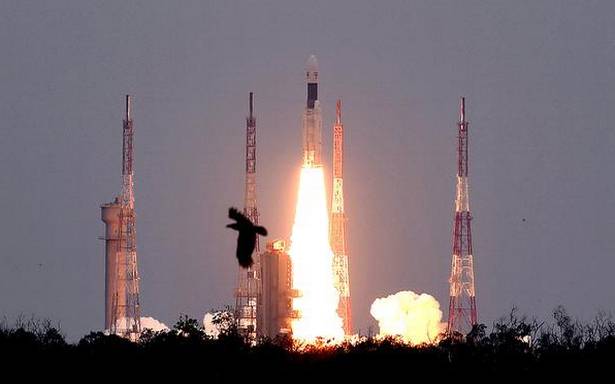 The Indian Space Science Data Centre (ISSDC) is the nodal centre of planetary data archive for the planetary missions of ISRO.

The Indian Space Research Organisation on Thursday said it has released the first set of data from the country’s second mission to the Moon, the Chandrayaan-2, for the general public.

Chandrayaan-2 was launched on July 22, 2019 from the Satish Dhawan Space Centre at Sriharikota in Andhra Pradesh.

The Orbiter which was injected into a lunar orbit on September 2, 2019, carries eight experiments to address many open questions on lunar science.

“All experiments have been performing well and the data received suggests excellent capability to deliver on the pre-launch promises,” ISRO said.

On Thursday, the first set of data was being released for all users, the ISRO further said.

The public release data archived at the Indian Space Science Data Centre in Bylalu, near Bengaluru is prepared in the standard, globally followed Planetary Data System 4 (PDS4) format for public release, it added.

The Indian Space Science Data Centre (ISSDC) is the nodal centre of planetary data archive for the planetary missions of ISRO.

The Chandrayaan-2 data is required to be in the Planetary Data System-4 (PDS4) standard, and is required to be peer reviewed scientifically and technically before acceptance as PDS archives and declared ready for sharing with the global scientific community and the general public, ISRO said.

This activity has been completed and hence the first set of data from the Chandrayaan-2 mission is now being released for the wider public use through the PRADAN portal hosted by ISSDC.

Data sets from the Imaging Infra-Red Spectrometer (IIRS) payload will be added to this shortly, it said, adding that this release has Level-0 and Level-1 basic data sets prepared using Planetary Data System (PDS) version 4 standards.

The Chandrayaan-2 mission was India’s first attempt to land on the lunar surface.

ISRO had planned the landing on the South Pole of the lunar surface. However, the lander Vikram hard-landed in September last year. Its orbiter, which is still in the lunar orbit, has a mission life of seven years.

ISRO Chairman K. Sivan had recently said that the work on the Chandrayaan-3 mission, comprising a lander and a rover, was in progress.

“We have not yet fixed the schedule (for the Chandrayaan-3 launch),” he had said.