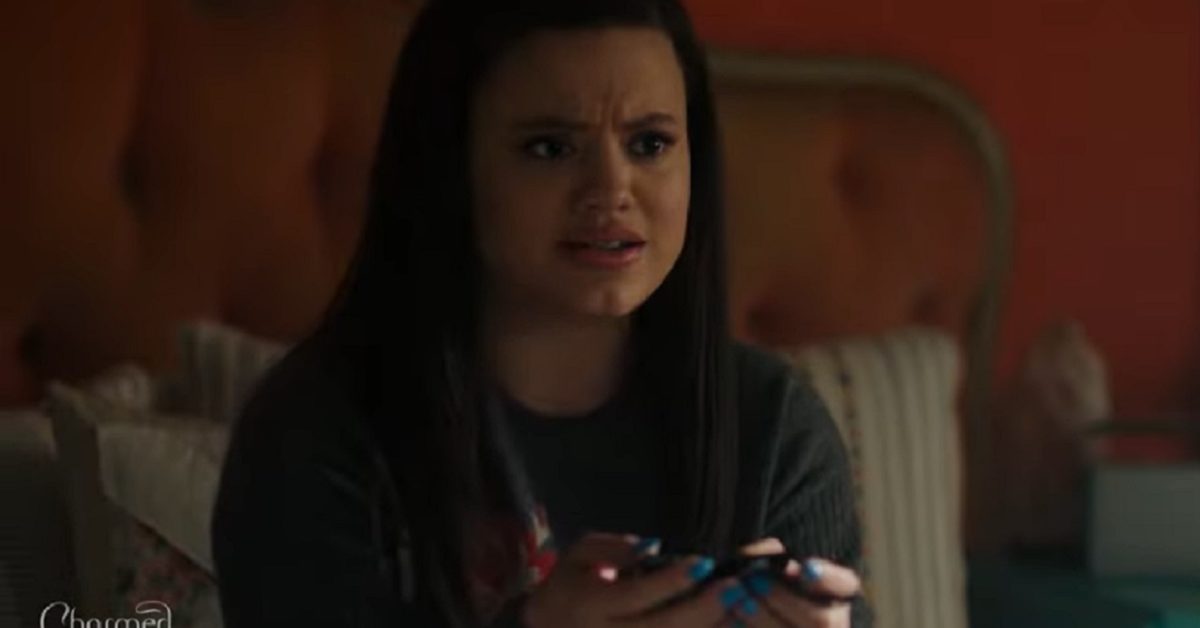 Our Charmed Ones (Melonie Diaz, Madeleine Mantock, and Sarah Jeffery) have one helluva task ahead of them as they look to take down The Faction and prevent “The Destruction of the Sisterhood”- as well as losing the source of their powers. But as the endgame draws near, Macy (Mantock), Mel (Diaz), Maggie (Jeffery), and Harry (Rupert Evans) have a possible new ally to their cause in Julian (Eric Balfour)- but can he be trusted? That’s where things stand as The CW series heads into “Someone’s Going to Die” -and if you were wondering about the episode’s ominous title? In the following clip, Maggie hopes that she can get a vision of what’s to come but in the process? She reveals a horrifying revelation to her sisters- and the title becomes crystal clear.

The reboot of the iconic series “Charmed” is back for its second season and the Charmed Ones are thrust into a New World Order unlike anything they’ve ever imagined. After the tragic loss of their mother in season one, the three sisters came together to discover they are formidable witches, and under the guidance of their White Lighter Harry, the Power of Three successfully stopped the impending apocalypse. But saving the world is a tall order, especially when you’re not even sure what your place is in that world and now the whole magical community is looking to you.

With the extinction of The Elders, The Charmed Ones are faced with new roles and responsibilities as they find themselves at the forefront of a war between witches and demons looking to take power. Operating within unfamiliar surroundings and working with a newly discovered book of ancient spells, the sisters and Harry must embark on dangerous adventures around the world, testing their powers and their bond. Expanding the mythology in exciting and unexpected ways, season two blazes a new path for the series with new, emotionally resonant episodes filled with high stakes, dark forces, romantic encounters and a season-long mystery that will keep audiences guessing. Between vanquishing supernatural demons, tearing down the patriarchy and maintaining familial bonds, a witch’s work is never done.

Back to Top
Close Add post
X
AHS S10: Angelica Ross Confirms Scenes with Paulson, Peters & More…TVWe're putting this out there to the rest of the 10th season cast of Ryan Murphy and Brad Falchuk's American Horror Story. Right now, Angelica Ross is …