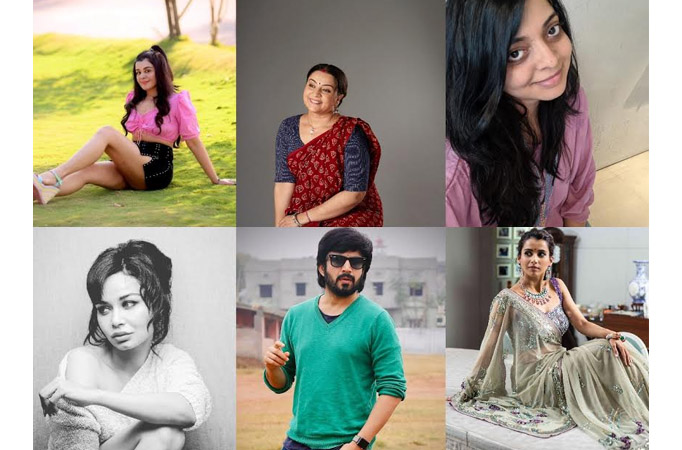 MUMBAI: In a popular TV show, which is doing wonders on-screen, the husband has an extramarital affair and leaves his wife of 25 years for another woman. But as luck would have it, he meets with an accident and falls in love with his wife while she is taking care of him. He asks for forgiveness and confesses his love, but the wife rejects him. Though cheating or infidelity is something that no one can accept, what to do when the infidel asks for forgiveness, should they be given another chance? We spoke to a few celebs about it, and here’s what they had to say:

Ajay Singh Chaudhary: A relationship is based on trust, and if it breaks then the relationship also breaks. So cheating is unforgivable and is not unacceptable at all. If the other person tries to mend things and asks for forgiveness, it has to be genuine. If we don’t forgive others if we don’t forgive ourselves, then how will we live a peaceful life, because at the end of the day that’s what we all aim for. But you do need to be assured that the same mistakes are not repeated. People confuse between forgiving and forgetting, they don’t forgive, they forget, and talk about it again when they want. But if you have forgiven someone, you need to make it a point that you don’t talk about it as per your wish. It has to be genuine from both sides because it takes a long time to build that trust again, so if you are doing it be true to yourself and your relationship.

Nivedita Basu: Knowingly if a person has gone into a relationship or an extramarital affair, then it’s unfair to break a relationship unless it is in a bad state. But unknowingly if someone has fallen for someone and has not revealed it, then that person is not entirely bad because people can cheat you in terms of hiding things. Also, if there are families involved and you love the person and feel that your relationship should be given a second chance, then you must. But if it was already a sour relationship and you were not invested then it completely depends on the couple if they want to give it a second chance.

Sucheeta Trivedi: Marriage is a man-made institution so is it a bit abnormal because it is inevitable for a man, who is anyway monogamist but a polygamist, and it has been proven medically that they need more than one person sexually, and so do women, it is physiologically impossible. For me the whole thing is that you commit, then get married at a later age when your hormones are in place and you are not an infidel. But if you marry at a younger age, your life has just started, you will get attracted to someone else other than your husband or wife. So in the late 30s or your early 40s, if you get married, you are more settled. Extramarital happening after 50 is a big no, but if it happens before 50 then it is understandable and you should forgive your partner.

Kavitta Verma: I read somewhere that if a person chooses someone else outside a relationship then they were never in love with the first.

I feel this is a very individual point of view. When you forgive someone then there is a void forever and also being taken for granted is very likely. Any kind of abuse is not worth taking and cheating is also a kind of abuse that breaks you emotionally. This conundrum is a personal choice. If we give a chance then we should be prepared for the repercussions. Forgiveness is noble, but one should know how much to accept and when to let go, even if it’s someone you love dearly.

Pranitaa Pandit: Once a cheater, always a cheater. You can never trust the person who has cheated on you because that’s not how it works. Be it anyone your husband, wife, or girlfriend, that’s the basic nature of a person. An extramarital affair is again a big no. There are a lot of times when people ask for forgiveness, and they are also forgiven, but I guess even if you forgive them they don’t change because that becomes their habit. It is extremely tough even if you are at a young age, and there are a lot of expectations and emotions at stake, but you should always walk away. These days, especially in marriage, it is very common, this is what I have come to see. A lot of people cheat and are extremely ok with it. I think they shouldn’t be given another chance. But if you have a child with that person, then you try to mend things because there is another life.

Aanushka Ramesh: I believe cheating and infidelity are unacceptable. I feel if one is committed to a person they should be faithful, else one can just be single and date whoever they want as that is everyone’s free choice. I think if someone cheats and then asks for forgiveness, it is the particular individual’s choice whether they want to forgive or move on. It would be very difficult and painful to overcome the hurt of being cheated, but I feel if the person is genuinely nice and it’s a one-time mistake, then in a rare case, they can be forgiven. But if the person has this in their nature, or if the circumstances are such then one should move on. I believe relationships are based on honesty and transparency, so cheating and infidelity are unacceptable.

Cheating or infidelity is unforgettable, but is it unforgivable? Celebs share their view

X
Neha Bhasin: What’s the use of being an artiste if I don’t have a di…TVNews 31 Jan 2021 05:05 PM Mumbai MUMBAI: Singer Neha Bhasin believes that artistes should have a distinct voice and they should lead the way instead o…
close