Home EntertainmentTV Check out the fan made portrait of Shah Rukh Khan’s family with Gauri, Aryan, Suhana, AbRam which is going viral

Check out the fan made portrait of Shah Rukh Khan’s family with Gauri, Aryan, Suhana, AbRam which is going viral 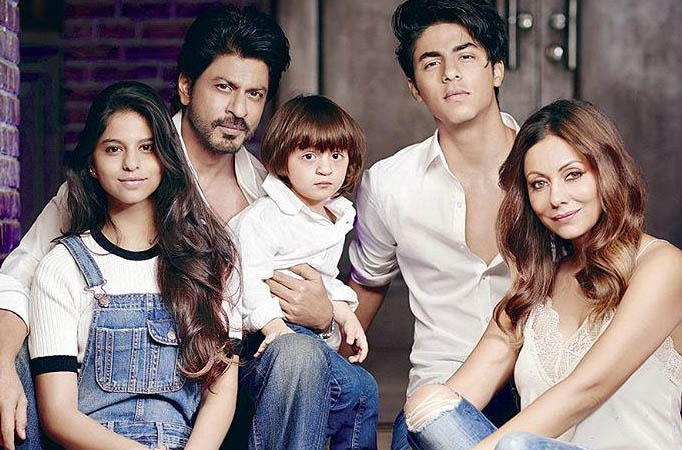 Have a look at the fanmade picture of Shah Rukh Khan’s family that has been circulating on the internet since a few days, it includes all from the actor’s late parents to his sister, wife and kids in the frame 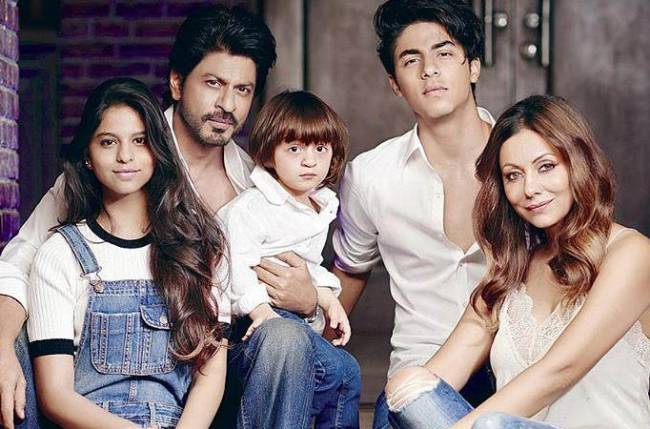 MUMBAI: In his every interview superstar Shah Rukh Khan mentions that he really misses his parents. They couldn’t see him attain super stardom or become a father to three kids, a fan art shows all of them in one frame.The artwork shows Shah Rukh’s father Taj Mohammed Khan, decked up in a grey suit and seated on the right. His mother is seen on the other side, in a black sari and traditional jewellery. Shah Rukh and his elder son Aryan Khan are standing behind them, twinning in similar grey suits. Gauri Khan is in a western dress while her sister-in-law Shehnaz Lalarukh Khan is in a red salwar-kameez on the right. Suhana too is in a western dress in beige and is standing on the extreme left besides Aryan. Shah Rukh’s youngest child AbRam is seen standing in front, in a white shirt and beige trousers, while leaning one of his hands on to his grandfather’s knee.

Shah Rukh was just 15 when he lost his father to cancer and 26 when he lost his mother due to prolonged illness. Once sharing his ‘Hichki moment’ with Rani Mukerji, Shah Rukh had said, “The empty house without my parents used to come to bite us. The loneliness, pain and sadness of the loss of both my parents, could have been overwhelming enough to take over my life wholly.”

Opening up about how he dealt with it, he said, “I decided to overcome this Hichki moment by letting acting fill up my entire life. My parents went away suddenly. We got to know they had cancer and within two and a half months, they were gone. I didn’t know what to do. I just felt one night, while at their mazaar that I should fill this void with something. I got a fortunate break in films. For me, acting is not work but a place to vent out my feelings.”

Shah Rukh was last seen in 2018 film Zero which couldn’t impress the critics or the moviegoers. He went on a two-year sabbatical before giving his nod to a few projects. He is reportedly working on his comeback film, Pathan, which would again see him paired opposite his Chennai Express co-star, Deepika Padukone.