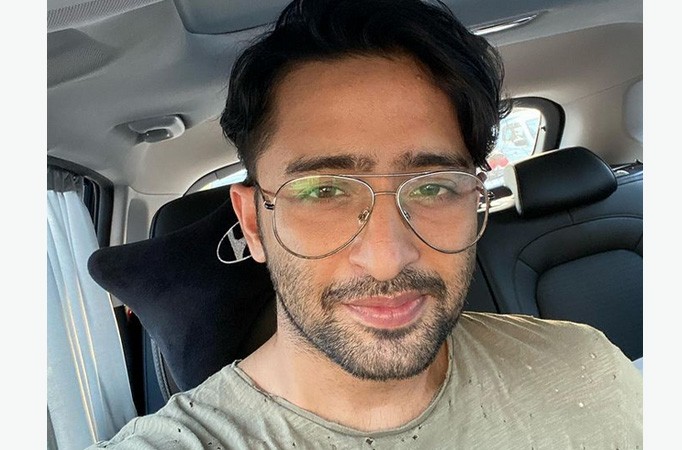 The actor is highly reputed for his acting skills on the small-screen and has featured in various Hindi TV shows till date. Starting-off as a late-teen actor by debuting in the TV series Sanya that aired on Hungama TV, Shaheer became instantly famous amid young teens by portraying the role of Veer Mehra in Disney Channel India’s Kya Mast Hai Life.

In 2011, Sheikh debuted as the lead-male character in a mainstream Hindi television soap Navya..Naye Dhadkan Naye Sawaal which aired on Star Plus, opposite actress Saumya Seth. He played the role of Anant Bajpai, who was also a late-teen character.

Moving on, it was in the year of 2013 that he signed Swastik Productions’ Mahabharat and portrayed the role of the 3rd Pandav brother and warrior-prince’s character – Arjuna, who was also an incredible archer. For his performance of the same, he was glorified as an ace-actor not only in India, but also in Indonesia as being a Hindu country initially, the 2013 Mahabharat left an immense impact over the Indonesian civilians.

Shaheer’s popularity in Indonesia knows no bounds since his this break-through role, such that he was roped in to play small-screen Indonesian shows therein. Hence, Shaheer was not available for the Indian entertainment industry’s ventures from 2014-2016 at a stretch.

Now, read on further to take a note of Shaheer’s popular small-screen Indonesian and other International shows and movies that featured him:

Panah Asmara Arjuna was a talent-hunt television program aired by antv in 2014. This show was 120 minutes long and Shaheer had hosted it as Arjuna.

The New Eat Bulaga! Indonesia was another Indonesian reality show that was hosted by Shaheer (as Shaheer) along with his Mahabharat co-stars. It was aired by antv Network in 2014 and was based on the Philippines’ longest-running noon-time variety show Eat Bulaga!

Love in the Sky – The Taj Mahal is a soap opera that also aired on antv on June 8, 2015, featuring Shaheer Sheikh as Rehan Syahputra/ Revan co-starring Ravi Bhatia and Nabila Syakieb. This Indonesian soap opera was filmed in 3 different countries – namely Indonesia, India and Saudi Arabia .

In 2015, Sheikh bagged the lead role in a rom-com movie Turis Romantis by co-starring with Indonesian actress Kirana Larasati. He played the role of Azan Khan, a handsome photographer from India who befriended Nabil, a tough and beautiful tourist guide in Yogyakarta.

In the same year, Shaheer co-hosted the television talent show Asia’s Got Talent with Marc Nelson.

This Indonesian soap opera was an adaptation of the ‘Legend of Roro Jonggrang’, which aired on ANTV in 2016. The story’s plot revolved around the love-story of Raja Warsa and Roro Jonggrang, which faces a brutal tragedy in the end. Shaheer played the supporting role of Raden Petir herein.

Angel Kecil from India was another Indonesian soap opera featuring Shaheer along with many other Indian actors that aired on ANTV on 15th August 2016 . This show starred Baim Wong, Vaishali Thakkar, Ruhana Khanna, Helmalia Putri , Harshita Ojha and Bhavesh Balchandani in the lead roles. Shaheer played the role of sebagai Salman herein. The story’s plot revolved around the the life struggle of three young children in Jakarta who want to be free from the pressure of their father’s family.

Shaheer featured in an Indonesian telefilm Namaku Yusuf, wherein he played the titular role of Yusuf.

This Indonesian soap opera first aired on ANTV on 29th October 2016. The plot narrated the story of a child orphan named Aladin (who was commonly called Ali). Shaheer was roped in for the show to play the role of the grown-up Aladin/ Ali Besar as the show’s future protagonist.

This Indonesian soap opera was the remade version of the same series that aired in the mid-2000s and it starred Indra Bruggman and Brianna Simorangkir in the lead roles. Shaheer played the role of Prince Zamzaman.

This comedy soap opera aired on antv and on every weekends. The poignant characters of this show were played by Ravi Bhatia, Loyd Christina, Ruben Onsu, Asri Welas and many others. Shaheer played the supporting role of Mr. Thakur.

This comedy film based on Tuyul & Mbak Yul: Reborn series was originally planned for it’s release 2019 by Tripar Multivison Plus. However, owing to the COVID-19 pandemic in 2020, the shooting of this movie had to be temporarily canceled. Sheikh played the role of Rahul herein.

In 2017, this soap opera was broadcasted on ANTV and it’s plot narrated the story of a figure of a male messenger from the sky who took the body of a male human being named  Arya post-landing on earth, whom he could not recognize. At that time, he also met the Grandpa in robe, who explained to him that he was assigned to earth to help solve human problems and help people in distress. Shaheer played the protagonist Arya’s role. This show ended in 2018.

In the same year, Shaheer played the role of Amir in the Indonesian drama Jika esok tak pernah ada.