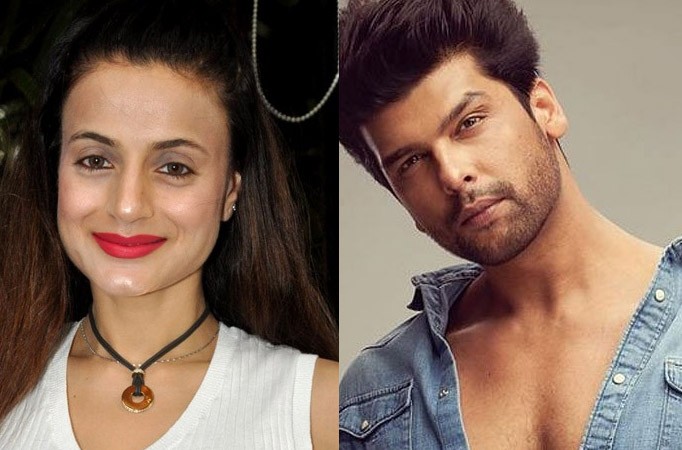 MUMBAI: One of the biggest controversies of the year 2015, was the angry war of words between Ameesha Patel and TV actor Kushal Tandon.

The fight between the famous actress Ameesha Patel and Kushal started when the latter called her out on Twitter for not standing during the National Anthem. This did not go well with the actress; hence she wrote a string of tweets to humiliate him.

As per the tweets, first Kushal Tandon accused her of not respecting the National Anthem. To this, Ameesha replied in an angry string of tweets, saying that she was sitting because she was down with periods and was also busy on her phone.

She wrote in the tweets, “Whoever that so-called Kushal Tandon is, is a real jackass n invades the privacy of women. Idiot Kushal Tandon had the nerve to tweet that I didn’t get up during the National Anthem? Did the jackass ask why? Women, we all need to slap Kushal…I had a monthly problem. Getting up would have caused a blood flow on the theatre ground. I waited for the film to start so I could address my problem in the bathroom….Didn’t know that Kushal wud make it a National issue….Assholes like Kushal who invade the privacy of a woman n their problems need to be slapped. The idiot couldn’t even win Bigg Boss….I feel like laughing because no one including me n my friends even recognized him. He needed 2 tweet for publicity. What a jackass….Men like him who have forced a woman 2 speak about her intimate problems are jerks. He is a shame to society.”.

She further added, “Obviously, Kushal had no mothers n sisters, or any steady girlfriend so he doesn’t know when to open his dirty mouth n respect girls’ intimacy…It is disgusting to all women that I had to openly justify a regular problem that women face every month.. Kushal is an asshole.”.

The immense abuse and disrespect on social media became viral, owing to which Kushal Tandon decided to get back to her for once and all.

He wrote in a tweet, “Well this is my last tweet …Regarding this matter … WelI, I haven’t given a single interview to any journalist even when I m getting so many calls from them to talk regarding this matter … On the other hand, miss Ameesha is giving interviews and claiming that my ex dumped me ….. And I have no work … .. And I did this for publicity.”.

He further added, “Well Amisha did my ex come to u and told u hey Amisha I dumped Kushal ….. Or do u know my manager that he told u that hey Amisha, Kushal doesn’t have any work … .. She talking all this shit about me to a  journalist clearly says who is doing this for publicity …. And who is going down to this level for publicity …”.

The National Anthem row was huge news at the time and Kushal finally ended the Twitter fight as he decided to not talk about it anymore.