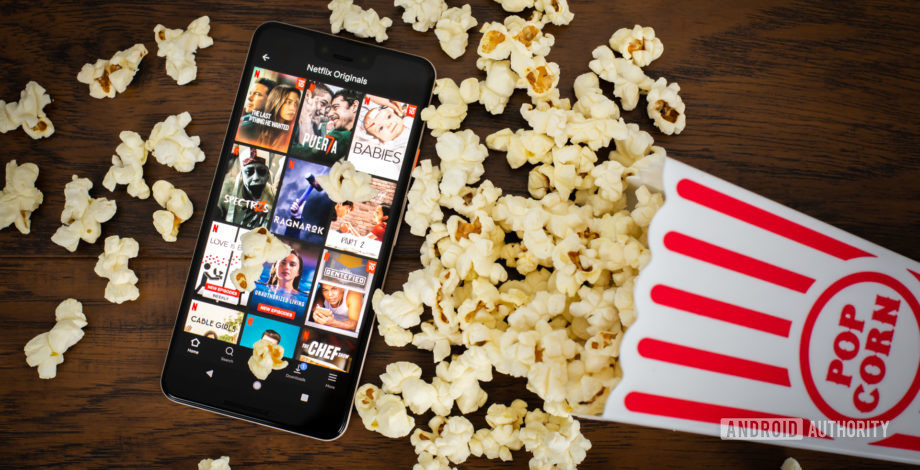 Greetings, fellow streamers! We’re back once again with our monthly suggestions after taking a small break to make way for our Best of Streaming 2020 roundup. As usual, this article is aimed at helping you decide what to watch across popular services like Netflix, Amazon Prime, Disney Plus, and others.

We have thirteen new and old titles to recommend this month. From a nerdy series about the personal computer revolution to a barbecue showdown for those of you who love a good cookout, there’s something for everyone on this list. Without further ado, here are the Android Authority team’s streaming suggestions from January.

Don’t expect to find only newly released titles from January 2021 on this list. For that, you can always head to our dedicated streaming section or check out our best lists for popular services like Netflix, Amazon Prime Video, Disney Plus, and more.

What to stream: Our favorite shows we’ve been watching in January

Halt and Catch Fire is a drama that follows the 1980’s computer revolution. It’s made by AMC and is utterly fantastic. I’m just about to finish the third season (there are four), and it may be one of my favorite shows ever.

Letterkenny is a sitcom that follows the problems of the residents of a small rural community in Ontario. Here’s what Jimmy had to say about the show:

It took me a few episodes to really get into Letterkenny, but now I’m INTO IT. The jokes go by extremely quickly (especially if Wayne, Reilly, or Jonesy are talking). Some of the jokes in this show have made me laugh more than I ever thought I could at a TV show. Even the repetitive ones that surface every few episodes are still funny because the delivery is so ridiculous. As someone who grew up in Midwest, USA, this show hits home for me.

Honestly, I’m a sucker for shows about barbecue competitions. I blasted through BBQ Pitmasters when it was available on Netflix here [Hadlee lives in Cape Town, South Africa] a few years ago. And I recently blasted through this show as well. I mean, who doesn’t like barbecued food?

It doesn’t hurt that American Barbecue Showdown doesn’t feel overproduced like many other shows in this vein.

I discovered C.B. Strike by chance this month. I had streamed everything under the sun and was looking for something that would tide me over a couple of weeks. Although I usually don’t go for detective shows that tend to mooch off the Sherlock Holmes fanfare, something about this BBC series hooked me right from the get-go. I later discovered that it’s based on J.K. Rowling’s Cormoran Strike novel series, which she wrote under the pseudonym Robert Galbraith.

There are 11 episodes to binge through, broken up into four different Stike novels: The Cuckoo’s Calling, The Silkworm, Career of Evil, and Lethal White. I’ve watched my way through the first two parts and am convinced I’ll see the series through.

Look, I’m not a TV buff. The latest and greatest shows are not of concern to me. My wife and I only just signed up for HBO recently, so we’re starting in on whatever they’ve got.

Also check out: What to stream on HBO Max: A list of all TV shows and movies

Anyhow, Game Of Thrones: I’ve only got, like, four episodes left to finish the entire series, but we decided to start again from the beginning. Also, do you know how hard it was to avoid spoilers for all these years?

I just discovered this show about two weeks ago. It’s available on Hulu in the US, as well as in Canada, the UK, and Australia through various services.

Also read: What to stream on Hulu

The show is smart and entertaining with lots of LOL moments. It was created by actor Joe Gilgun who some of us know from the UK show Misfits. It’s primarily a comedy but has well-incorporated drama aspects to it. The characters are colorful UK suburban hooligans that are easy to fall in love with. However, there’s a lingering feeling that this show might end up being similar to Misfits — it starts on a high but ends up being stale rather quickly. Two seasons in, this hasn’t happened, and I’m hoping it won’t.

After ignoring The Boys on my recommended list for months, I finally gave it a chance and am very glad I did. I always thought it was just another superhero show. However, it puts a fresh (and raunchy) spin on the well-trodden genre.

What makes it so unique is the way it mashes together traditional superhero tropes and the modern corporate hellscape. Every superhero has a dark side, and their carefully manicured image is only propped up by a team of marketers and PR managers.

Sometimes you just have to sit down with an old favorite for a while, and in the case of The X-Files, there are 200 episodes to choose from.

It’s never the exact same show twice, and Mulder and Scully are one of the best TV duos ever. Also, aliens!

C. Scott and his girlfriend are watching The Stand this month. The dark fantasy miniseries is based on a Stephen King novel of the same name and tells the story of a world destroyed by a plague. Here’s what he had to say about it:

My girlfriend is a huge Stephen King fan, and she was excited about his magnum opus finally getting a good on-screen treatment. So far, it’s really good. The creators are doing great justice to the story. She is unhappy with some of the casting decisions, though. For example, the Harold Lauder character should be a much more conventionally unattractive person. Overall, though, we’re having a good time with it and will be sad when the series concludes in February.

The first three episodes of this MCU TV series have mostly been incorporating Marvel Comics superheroes Wanda and Vision in TV sitcom versions of themselves in the 1950s, 60s, and 70s. It’s fun to watch these characters in these settings, but it’s also clear something else is going on underneath these sitcom storylines. It should be very interesting to see how that mystery is resolved while also enjoying these meta-looks at TV history.

Big Mouth was recommended to me by a gaming buddy. It’s an adult animated coming-of-age sitcom from Family Guy writer Andrew Goldberg.

Despite being about kids, it’s definitely not for kids. It tackles topics like puberty and growing up with frankness. The show’s cast is haunted by hormone monsters that personify the intense changes taking place. It relies on the same shock value as other animated shows like South Park or, well, Family Guy. I’m only a few episodes into it, but it seems like a trip from what I can tell.

There was something special about Selena’s music. The Mexican-American singer could make any crowd stand up and dance. It sparked something within you, and her story is just as exciting as her performances.

This series has it all: young love, family issues, a stressful upbringing, betrayal, and a tragic conclusion. It had me hooked on the first episode, and I’m sure many of you will enjoy it too. Plus, there is fun music playing all the time!

The Chilling Adventures of Sabrina

Netflix released the final chapter of this series on New Year’s Eve. It’s a wonderfully dark and twisted retelling of the comics.

The show really does its homework, filling the world with everything from classic literature to ancient civilizations. It’s something fresh with style, humor, and imagination. It doesn’t skimp on character depth and complexity either.

Want more suggestions for what to stream on popular platforms? Check out the links below.

X
10 best NEW Android games from January 2021AndroidAndroid gaming is getting bigger and better every month it seems and there is always a slew of new titles coming to Google Play. Whether you’re a casu…
close