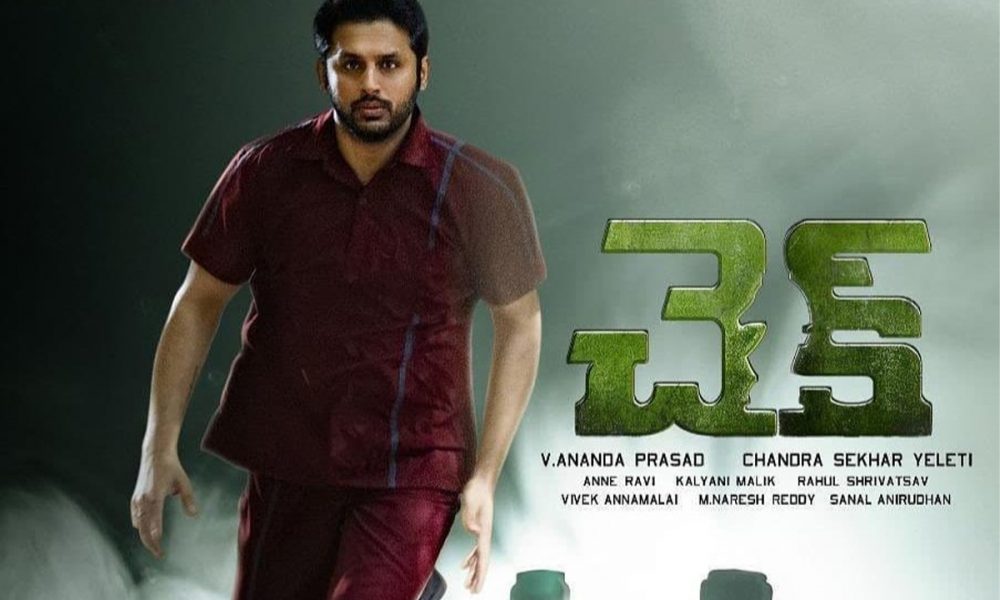 The trailer for the upcoming Tollywood film ‘Check’ finally got released. The film will see Nithiin in the lead role accompanied by Priya Prakash Varrier and Rakul Preet Singh. The plot of ‘Check’ seems extremely intriguing and gripping and fans were all praises for it after seeing the trailer.

As the trailer starts, we are introduced to Nithiin’s character as a prisoner who has been sentenced to death. He then notices a fellow prisoner playing the game of chess and formulates the idea of proving his innocense based on it. Rakul Preet Singh will be playing the role of his lawyer in the movie while Priya Prakash Varrier poses as his love interest.

‘Check’ has been directed as well as written by Chandrasekhar Yeleti (known for making critically acclaimed film ‘Aithe’). V Ananda Prasad is producing it.  The film is headed for a theatrical release on 26 February 2021.