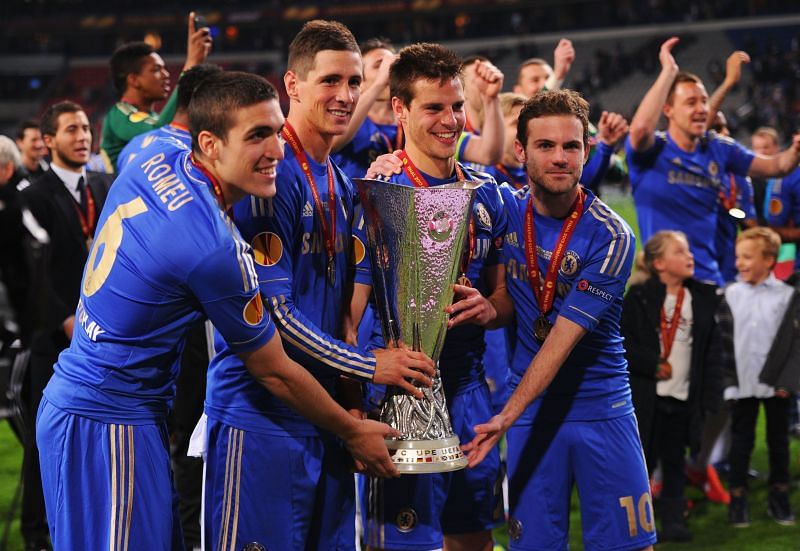 The January transfer window has been a particularly effective tool for clubs in the Premier League and Chelsea have often benefitted from excellent bits of mid-season business. Since the introduction of the January window in 2002, the Blues have won five Premier League titles, five FA Cups, and their first UEFA Champions League trophy.

Football players in the Premier League often take time to adjust to their new environments after a mid-season transfer. Chelsea has used the window to sign world-class players, however, and these superstars of the modern game have left unique imprints on the Blues fanbase.

Kurt Zouma arrived at Chelsea from Ligue 1 club Saint-Etienne in the 2014-15 season and has grown into a leader at the club. Zouma is one of the most complete defenders in the Premier League and his pace, skill, and poise set him apart from the rest of the chasing pack.

The 26-year-old center-back can potentially become the heir to John Terry’s legendary throne at Chelsea and can further hone his trade alongside the experienced Thiago Silva. Kurt Zouma has played under the tutelage of several managers at Chelsea and is well on his way to becoming one of the best defenders in the Premier League.

Gary Cahill earned a dream move to Chelsea in the January transfer window of 2012 and went on to enjoy an extraordinary career with the London giants. The English center-back formed an indomitable defensive partnership with Blues legend John Terry and earned the trust of the likes of Jose Mourinho and Antonio Conte with his gritty performances.

Gary Cahill was mature beyond his years in his first few seasons with the Blues and played a pivotal role in Chelsea’s historic victory against Bayern Munich in 2012 to win the club their first UEFA Champions League title. Cahill went on to captain the Blues under Antonio Conte and led his team to a brilliant FA Cup victory in 2018.

Fernando Torres was subjected to ridicule during his time in the Premier League but continues to occupy a special place in the hearts of the most ardent Chelsea fans. The Spanish striker often played a supporting role for the Blues and was known for his ability to bring the best out of his talented teammates.

Doesn’t feel like 10 years ago today that Chelsea signed Fernando Torres.
Time flies!
Even though his Blues career didn’t meet expectations, he did provide some sparkling memories. Of the 45 goals scored for CFC, his first v West Ham, & v Benfica & of course v Barca my faves. pic.twitter.com/1TrEzO3Oeo

Torres secured a much-publicized transfer to Chelsea in 2011 and did take some time to adjust to the environment at Stamford Bridge. The Spaniard enjoyed a fruitful 2012-13 and scored 22 goals for the Blues in all competitions. Fernando Torres was a fan favorite in the Premier League and has earned his status as one of Chelsea’s most talented strikers.

Branislav Ivanovic was a key cog in one of the most formidable Chelsea teams in the history of English football. The Serbian defender joined Chelsea in the January of 2008 and his impeccable performances made him an irreplaceable part of the Blues defense alongside John Terry and Ashley Cole. Ivanovic was one of the most versatile players in Chelsea’s back-line and produced several memorable moments on the pitch.

Described as a ‘beast’ on the pitch by teammate Frank Lampard, Branislav Ivanovic won the UEFA Champions League title with Chelsea in 2012 and scored the winning goal in the Europa League final the following year. Ivanovic is one of the best right-backs in Chelsea history and is one of the most understated contributors of a golden era at the club.

Known for his ability to score otherworldly goals, Olivier Giroud joined Chelsea from cross-city rivals Arsenal two years ago and has already produced crucial contributions for the club. Giroud’s ability to impact the game has pulled Chelsea out of a number of difficult situations and has made him one of the squad’s most important members.

Olivier Giroud wrote his name into the history books with a goal in the final of Chelsea’s triumphant 2018-19 Europa League campaign. Giroud is one of the Blues’ most successful mid-season signings and is a testament to Chelsea’s impeccable business acumen in the January transfer window.

X
Do you want to see a dead body? Klay and Draymond unleash vicious diss on Rodney…SportsDraynond Green and Klay Thompson of the Warriors. These guys are good. Reeaaaaal good.Image: Illustration (AP)The pettiness of the NBA is one of the m…
close