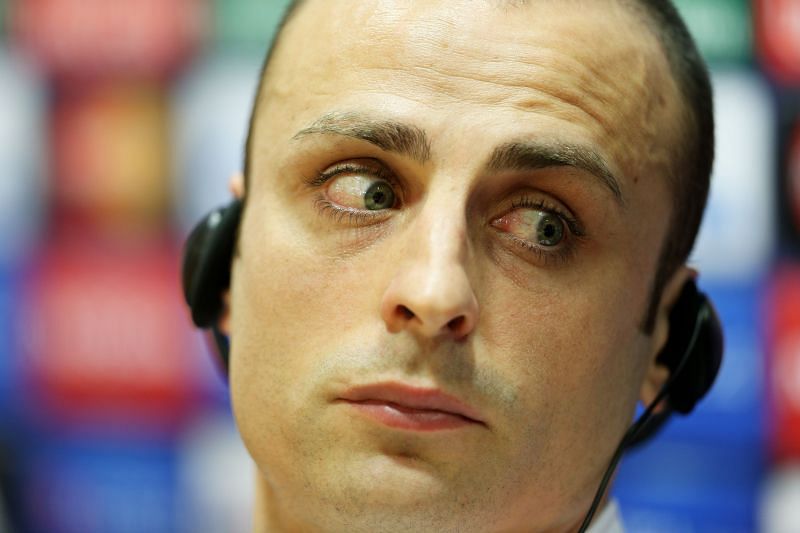 Dimitar Berbatov believes Frank Lampard was not given enough time to prove himself by Chelsea. The former Machester United striker is of the opinion that the Blues should have been patient with the club legend at the helm.

Frank Lampard was sacked by Chelsea earlier this week after a poor run of form in the Premier League saw them slip to the 10th spot. The London giants replaced Lampard with Thomas Tuchel, who himself was shown the door by Paris Saint-Germain in late-December.

While talking to Betfair, Dimitar Berbatov chimed in on the trending topic and said Lampard’s situation was similar to that of Ole Gunnar Solskjaer at Manchester United last season. The Bulgarian believes that the Blues should have stuck by their manager like the Red Devils did.

“There are similarities between Solskjaer and Lampard. Both were legends at their respective clubs and were both managing big clubs. Ole was having a tough time at United with ups and downs. People are asking whether he was going to be sacked and now they are challenging for the title. In the case of Lampard, I thought he did a great job of getting Chelsea to qualify for the Champions League,” Berbatov said.

The 39-year-old further added in this regard:

“Patience is not in huge supply at Chelsea Football Club. I think they should have given him more time to turn things around and allow the new boys to get used to the team. Maybe the reason is that Frank has spent so much on new players that they needed to do something. He wanted these specific players to be bought, Havertz, Werner and Ziyech.”

Within 24 hours of taking charge, Thomas Tuchel was in the Chelsea dugout. The German manager oversaw his new employers play out a goalless draw with Wolverhampton Wanderers in the Premier League.

Chelsea will next play Burnley on Sunday before coming up against Jose Mourinho’s Tottenham Hotspur four days later. It remains to be seen if Tuchel can turnaround the Blues’ floundering season.

Chelsea should have given Frank Lampard more time: Dimitar Berbatov