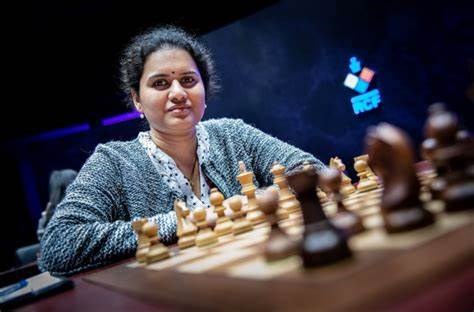 India’s best female chess player of all time and current Women’s World Rapid Chess Championship champion Koneru Humpy has been proposed for the country’s highest sporting honour. The All India Chess Federation (AICF) on Thursday sent its recommendations for the National Sports Awards for the year 2019-2020 to the Sports Ministry, with Koneru topping the list.AICF has also recommended world number 22 Vidit Santosh Gujrathi, former national champion B Adhiban, SP Sethuraman, MR Lalit Babu, WGM Bhakti Kulkarni and Padmini Raut for the Arjuna Award. GM Abhijit Kunte has been named for the Major Dhyan Chand Lifetime Achievement Award. Viswanathan Anand was awarded the inaugural Rajiv Gandhi Khel Ratna Award in 1992. Since then no chess player has received this honor.

Koneru has the best credentials among chess players being considered for the award. The 34-year-old from Vijayawada, ranked number 3 in the FIDE rankings, won the Women’s World Rapid Chess Championship in December 2019 and recently qualified for the 2022 Women’s World Championship qualifiers. He played an important role between India and Russia. FIDE Online Olympiad last year. Koneru has played all major chess tournaments and won many titles. He has won the World Under-10, World Under-12 and Under-14 titles and the World Junior Chess Championship in 2001. She currently has a rating of 2586 behind China’s Hou Yifan (2658) and Russian Alexandra Gorichkina (2596). Gujrati is the third highest ranked Indian chess player in the open category after Anand (15) and P Harikrishna (21). He has risen rapidly in the rankings over the years and has maintained a rating of over 2700.