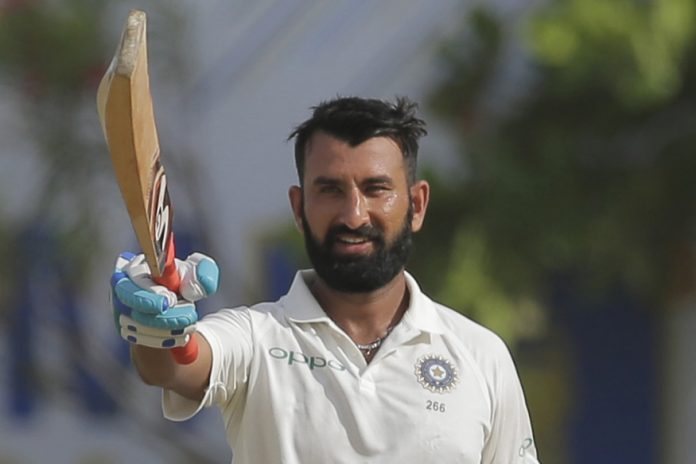 Cheteshwar Pujara says the recent 2020-21 Border-Gavaskar Trophy is not the toughest India-Australia Test series he’s been a part of after emerging as one of the architects of India’s historic 2-1 Test series win against Australia Down Under.

Despite his heroics throughout the four-Test matches, the 2020-21 Border-Gavaskar Trophy isn’t the toughest India-Australia Test series that Cheteshwar Pujara has been a part of as instead he says 2017 series was the toughest.

The first full-fledged India-Australia Test series which Cheteshwar Pujara was a part of was the 2014-15 series, which Australia won 2-0 at home before he returned to the country four years later to score 521 runs including three centuries and starred as India recorded their maiden Test series win in Australia, which was in fact a year earlier at home in 2017 that Cheteshwar Pujara admits to have been part of the ‘toughest Test series’ against Australia.

“I felt it is one of the best Test victories I have been part of,” Cheteshwar Pujara told senior cricket journalists Jamie Alter and Meha Bhardwaj Alter on their YouTube channel ‘Cricket Fables’.

“Each and every time you play in Australia or against Australia, they have always been a challenging team to play against. We remember the 2017 Test series which I feel was the toughest Test series I have been part of. Although it was in India, the kind of challenge they threw at us was really good, so wherever we play against Australia it has never been easy and victories are always tough to earn, so we always enjoy victories against the Australian team.”

India won the 2017 Border-Gavaskar trophy 2-1 with Cheteshwar Pujara scoring 405 runs averaging 57.86 and emerging the second-highest scorer of the series behind Steve Smith’s tally of 499.

After India were handed a surprise 333-run hammering in Pune in the first Test, India won the second match by 75 runs with the Test specialist scoring 92 in the second innings. The third Test ended in a draw but he produced a marathon knock, scoring a double century in India’s only innings of the match. India won the last Test by 8 wickets to win series 2-1.

Cheteshwar Pujara: The Pitches Were Challenging And The Recent Series Is One Of The Best Considering Team

Cheteshwar Pujara accomplished many significant moments in India’s recent historic win Down Under. Although he did not burn up the charts like he did the tour before, his three half-centuries and the numerous body blows he endured to ensure India did not lose wickets was the stuff of legends.

“It is one of the best series. Maybe number-wise it might not sound like a big number… it wasn’t bad… but it you compare it to the last series that I played in Australia where I scored three centuries, then yes,” Pujara added.

“But if we look at this particular series, there was only one century from the Indian team and two from the Australian team in all four matches, so there were not many runs scored because the pitches were challenging. If I look at this series, it the one of the best series I have been part of considering the kind of team which we had.”

Unlike the 2018-19 series when he amassed 521 runs averaging 74.43, he scored 271 runs averaging 33.88 in 2020-21 playing the same 4 Tests, but his resolve was to be admired as an inexperienced Indian team battling multiple injuries to key members bounced back from the Adelaide debacle where they registered lowest ever Test score of 36.