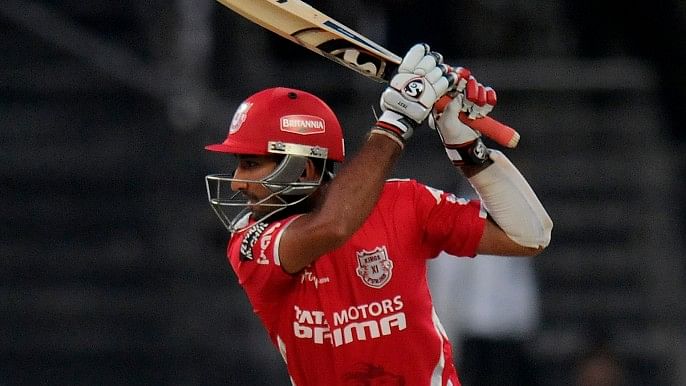 Cheteshwar Pujara’s preparation for the upcoming Indian Premier League (IPL 2021) season is in full swing. It looks like Chennai Super Kings (CSK) batsman Cheteshwar Pujara is adapting supremely well to the demands of T20 cricket. Ahead of the new Indian Premier League (IPL 2021) season, a video of him taking apart the bowlers for sixes in the CSK nets has gone viral.

In a video posted on Twitter by a user, the 33-year-old Test specialist is seen taking his fellow teammates to the cleaners. He first hits pacer Deepak Chahar over deep mid-wicket. Next ball, he slog-sweeps spinner Karn Sharma through the onside.

Cheteshwar Pujara Batted With A Higher Backlift Unlike Tests At Nets

Cheteshwar Pujara is also seen charging down the track to lift the ball over the long-on boundary and flicking one off his pads off another pacer. In his final shot of the video, he takes the aerial route over the extra-cover region.

Apart from big-hitting, which is the polar opposite to his natural game, there was one more major difference that was very apparent. He was seen batting with a higher backlift. Conventionally, India’s Test batting mainstay’s backlift is very low.

Just as the bowler is about to deliver the ball, his hands are at knee length as he likes playing the ball close to his body. In this video, however, he is using a much higher backlift to generate enough bat speed and power to muscle the ball over the ropes.

Three-time champions CSK would hope Cheteshwar Pujara takes this form into the tournament and delivers for the previous season’s 7th placed CSK by garnering quick runs.

The right-hander last batted in the IPL in 2014 and was bought by CSK at the 2021 IPL auction. A regular in IPL from 2008 to 2014, he has been away from IPL since 2014 when he represented KXIP. He had started his IPL career with Kolkata Knight Riders and stayed with them till 2010.

He moved to Royal Challengers Bangalore from 2011 to 2013 before being picked up by KXIP in 2014. While he is an automatic selection when it comes to Tests, he has been away from the white-ball limited-overs team since 2014. He has played only 5 ODIs.

Cheteshwar Pujara has played 30 matches in the cash-rich league, scoring 390 runs in 22 innings. He has one fifty to his name in the format. The Chennai-based side is currently training in Mumbai where they play their initial first five matches. The side trained in Chennai from March 8 before checking in to their hotel for the mandatory seven-day quarantine ahead of the season. They begin their campaign against Delhi Capitals on April 10 in Mumbai.