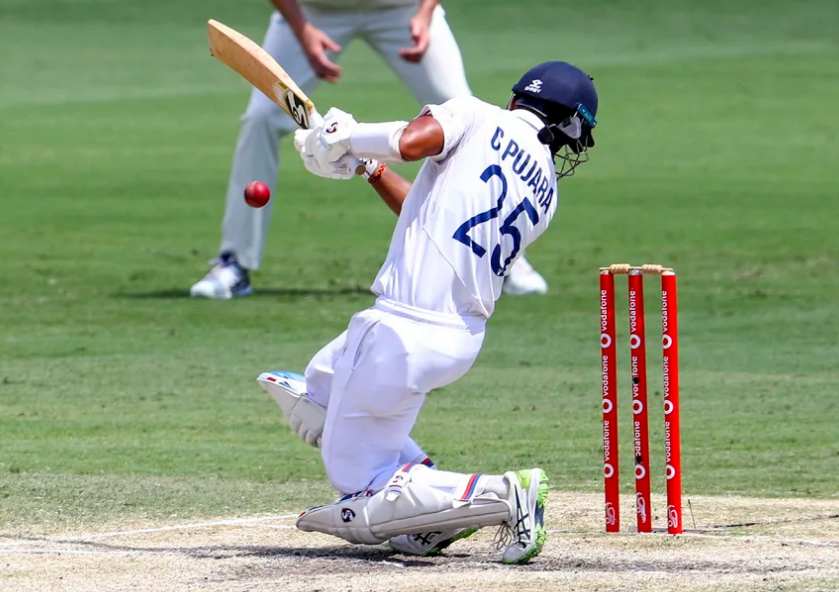 Cheteshwar Pujara took as many as 11 blows on his body during his innings of 56 which he played on day 5 of the Gabba Test. It was his innings that allowed Rishabh Pant to play the counterattacking knock and take India to a famous Test series win against Australia. He might have scored just 273 runs in the series but Pujara’s contribution to India’s series win is beyond the runs that he scored with the bat. With Australia done, he is now focusing on conquering England whom they play next in a four-match Test series starting February 05.

From being knocked on the helmet twice to taking blows on his chest, shoulders and fingers, Cheteshwar Pujara stood like a rock for his team’s cause. On his return, in a special interaction with ESPN Cricinfo, he opened up on his injuries.

Cheteshwar Pujara on Coping Up Injuries

He first spoke about the hits he took on his shoulders and ribs which was the start of his battle against the Australian pacers.

“The first one hit me just below my shoulder. There was one on the ribs. And one more from [Josh] Hazlewood below the shoulder again. That’s when it started hurting a bit more because it was the same place” said Cheteshwar Pujara.

He next spoke about the blows on his helmet which according to him were not ‘major hits’ as he had protection.

“The blows on the helmet can look scary, but because you have protection, I wouldn’t call it a major hit. You start feeling a little bit of pain, but it wasn’t very painful”.

The most painful blow that he took as per him was when he was hit on his fingers by Josh Hazelwood who had already hit him in the shoulder.

“The most painful one was the ball that hit my finger, because I had already got hit on that finger during practice in Melbourne and had played the Sydney Test with that little bit of pain. I was a little concerned before the game started in Sydney, but things went really well. But the moment I got hit there again in Brisbane, I was in a lot of pain. I thought I had broken my finger”.

The Indian number three was hailed for his perseverance by the entire cricketing world after India’s series win over Australia. To conclude, this was a series that made the Indian team realise what an important player Cheteshwar Pujara to this Indian team.

Cheteshwar Pujara Opens Up On His Injuries In Brisbane