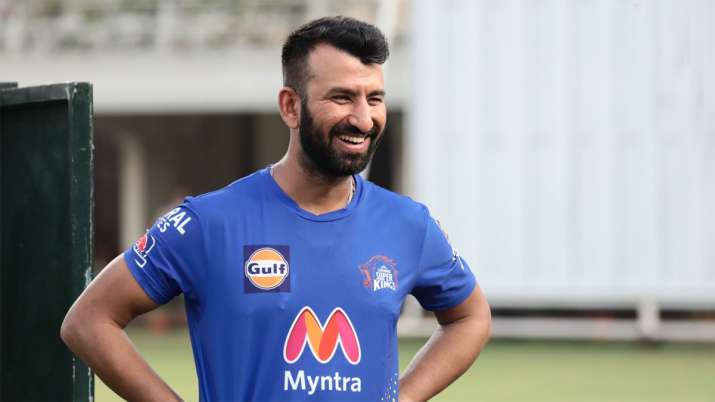 Chennai Super Kings roped in India’s Test specialist Cheteshwar Pujara for 50 lakhs in the IPL 2021 auction. Pujara last played in the IPL in 2014 after which he did not opt to enroll in the auction. Ahead of this season, the Indian Test specialist spoke about his interest in playing the shortest format and thus registered himself in the auctions. Pujara played last for Punjab Kings in IPL 2014.

Pujara, who made his Test debut under MS Dhoni is excited to play under him at Chennai Super Kings in the upcoming IPL season. Meanwhile, CSK boss N Srinivasan had also said that he could not have let Pujara remain unsold as you are a national hero after his heroics in Australia.

Also Read: Cheteshwar Pujara Thanks CSK After They Rope Him In For IPL 2021

I Am Lucky To Play Under MS Dhoni: Cheteshwar Pujara

“It is very kind of him to say that (on Srinivasan’s comments). I feel privileged to be part of such a franchise which respects the performance of the players for the national team. I am lucky that I will be playing under Mahi bhai who was my captain when I made international debut. And when Mr Srinivasan, who has been associated with cricket for a long time, says such things, it feels great. It is an emotional moment for me,” Pujara told Cricbuzz.

T20 cricket is not Pujara’s cup of tea but the Test specialist is trying to make up for it as much as possible in his practice sessions with the franchise. He said that he is looking forward to some help from the team management to better his game.

“I don’t overrate myself as a T20 player. I can’t say where I stand as a T20 cricketer but as a cricketer, I am in much better space. Having played a lot of cricket at the international level, I am very confident I will do well in the shorter format too. I feel I am part of the right setup in the IPL. That is the best thing that could have happened to me. The franchise, its captain and support staff…, there are many people who can guide me to do well” Pujara further said.

With the CSK playing XI looking even stronger with the comeback of Suresh Raina, it will be interesting to see where Pujara fits into the franchise’s scheme of things.