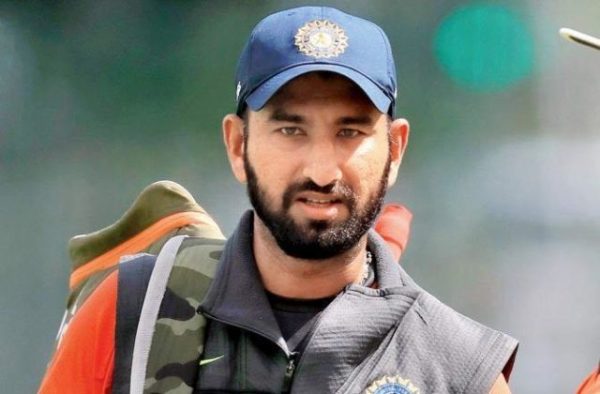 Cheteshwar Pujara batted for nearly 23 hours across the eight innings of the four Test matches against Australia. He might have scored just 271 runs in the series but Pujara’s contribution to India’s series win is beyond the runs that he scored with the bat. With Australia done, he is now focusing on conquering England whom they play next in a four-match Test series starting February 05. With a tough target to chase, Pujara was adamant on not giving his wicket easily for which he occupied the crease as long as possible.

Meanwhile, after returning back from Australia, he spoke to ESPN Cricinfo, on the runs that he accumulated in the series and how did he not pay attention to the criticism that he copped up for scoring slowly in the series.

He said that with a series on the final day of the Gabba Test, not throwing his wicket away was the only thing in his mind. He got off the mark on the 22nd ball he faced in the Gabba Test and faced 211 balls for his 56.

Before his final innings at The Gabba, Cheteshwar Pujara had already batted for 717 balls in the series and scored 215 runs. Adding 56 more, he ended up with 271 runs for the series.

He said that he was confident of the team chasing down the total if they bat the entire day.

“Yes, I was very confident that if we bat the entire day, we’ll end up getting the target, without any doubt. There was a possibility of a draw, but I was very confident that on that particular pitch, if we play 97 overs, we will chase it down. I knew that if we didn’t give away too many wickets in the first session, then the only team who can win from there would be India” said Pujara.

Meanwhile, former Australian captains Ricky Ponting and Allan Border criticised the Indian number three for scoring slowly throughout the series. However, Pujara played down the allegations saying that it does not affect him personally.

I don’t need to react. They have an opinion. They have the right to say what they feel like. But, I feel that I’m doing a job for my team and I know what’s best for the team and myself. If I have a gameplan, and if it’s helping me and the team, then I just need to stick to that” Pujara concluded saying.

Also Read: Cheteshwar Pujara Opens Up On His Injuries in Brisbane