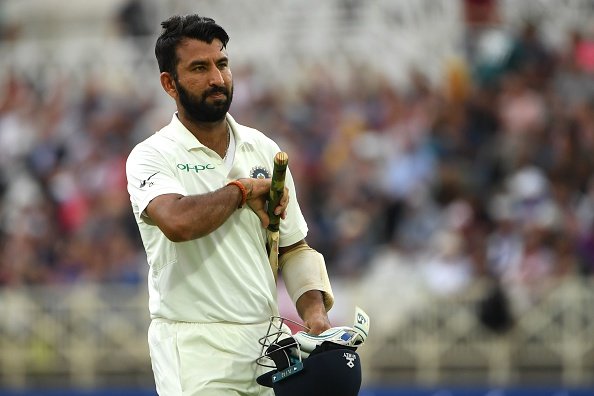 Cheteshwar Pujara said he worked on his fitness during Covid-19 lockdown in the absence of opportunities to involve in some batting practice in the lead up to the Australia tour.

Cheteshwar Pujara batted 928 deliveries during the 4-Test match series in Australia. Despite not getting off to a good start in Adelaide, he was in his elements in the last 3 Tests wherein India managed to overcome mighty full-strength Australia and clinch a historic 2-1 series win.

In the 4th and final Test at the Gabba, Cheteshwar Pujara batted 211 balls for an important fifty in India’s chase of 328. He was hit on the finger during a training session, he took at least 10 blows during the historic chase but nothing stopped Cheteshwar Pujara from grinding down Australia bowlers.

The India batting star finished the series with 271 runs but, more importantly, the time he spent in the middle against a hostile Australian attack proved to a huge positive for India. It was a brave and heroic effort from Cheteshwar Pujara who said he didn’t mind body blows to survive and help his team conquer the Gabba fortress of Australia in the series finale. Australia were unbeaten at Gabba, Brisbane since 1988.

Cheteshwar Pujara made 56 off 211 balls while chasing 328 runs on day five of the fourth Test match. Although he scored the slowest fifty of his Test career, his dogged mindset broke the hosts resolve. He was the highest run-scorer in the four-match Border-Gavaskar Trophy series in 2018-19 with 521 runs with 3 tons.

Cheteshwar Pujara said his fitness routine during the lockdown period back home helped him during the gruelling 4-Test series in Australia. He was among the only 2 players the other being Ajinkya Rahane who featured in all 4 Tests for India as the visitors suffered an unprecedented number of injuries during their victorious campaign.

Despite not featuring in the Indian Premier League 2020, Test specialist Cheteshwar Pujara overcame rustiness and did the job with the bat in the Test series.

“Well, when there was lockdown, I used that time really well. It allowed me to work on my fitness. I lost a lot of fat, I wouldn’t call it weight loss because anyways my goal was to lose a lot of fat, become stronger and gain muscle mass,” Pujara said.

“During lockdown I was training every single day and it helped me become fitter because we played 4 Tests and there were so many injuries. I was expecting this because in Australia… last two tours, I knew it wouldn’t be easy. When you are playing 4 Tests on big grounds, it’s never easy. So you need to keep yourself fit, train enough.”

“During the lockdown, there was not anything else to do anyway. I couldn’t bat much. I told myself ‘I will work on my fitness and train hard’. There was enough time to do that,” he added.

India came back from their 8-wicket hammering in the 1st Test in Adelaide to clinch a 2-1 Test series in Australia. Despite being hampered by injuries, the visiting team, under Ajinkya Rahane’s leadership, challenged a full-strength Australian side and emerged victorious, completing their 2nd successive Test series win Down Under.

Back to Top
Close Add post
X
Cheteshwar Pujara Slams Criticism On Slow Scoring Rate In Australia Series…CricketCheteshwar Pujara batted for nearly 23 hours across the eight innings of the four Test matches against Australia. He might have scored just 271 runs i…