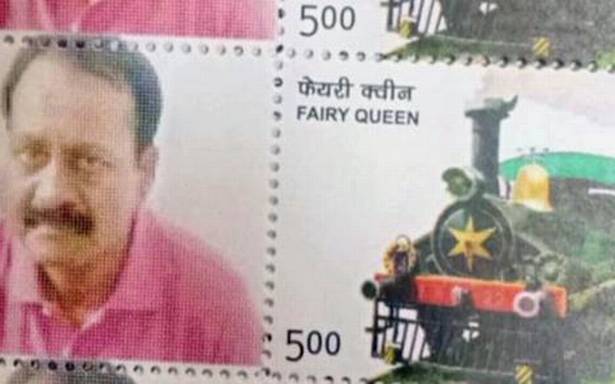 The postal department in Kanpur on Monday began an inquiry after postage stamps bearing photographs of jailed underworld don Chhota Rajan and gangster Munna Bajrangi, who was shot dead in a Baghpat jail in 2018, were printed and released by it.

The stamps were issued under the ‘My Stamp’ scheme run by India Post for personalised sheets of postage stamps. A dozen stamps each of Rajan and Bajrangi were printed, creating an embarrassing situation for the postal department.

Under the scheme, any person may submit soft or hard copies of their photographs or of that of their relatives or friends or any other image including logo, symbols, heritage places or wildlife to get them printed and published on stamps. Each stamp sheet would cost the applicant ₹300.

For the personalisation, the postal department prints a thumb nail image of the customer’s photograph and logos of institutions, or images of artwork, heritage buildings, famous tourist places, historical cities, wildlife and other items on a selected template sheet having postage stamps. The applicant would also have to produce an identity card issued by a government authority.

V.K Verma, Postmaster General, Kanpur, said he was investigating how the stamps got issued. “We are trying to fix the responsibility where the mistake was made. And ensure that the mistake is not repeated,” he told reporters.

The Kanpur police said that as per procedure, the stamps were issued after an application was received by the postal department. The identity of the applicant as well as the department staff who issued the controversial stamps would be probed. If found guilty, legal action would be taken, the police stated in a statement.

The application was “submitted deliberately” for issuing stamps in the name of wrong persons.

The police added that neither was there any kind of “unethical gains” made in issuing the postage stamps nor can the applicant gain similarly from the issued stamps.

While the police and the postal department have not identified the applicant, a Hindi daily claimed in its report that its reporter had submitted the application for the stamps to expose the shortcomings in the scheme.

Prem Prakash Singh alias Munna Bajrangi, a notorious gangster from Jaunpur, was in July, 2018 shot dead inside the Baghpat jail by a fellow inmate and mobster Sunil Rathi. Rajan was arrested in 2015.

According to the rules of ‘My Stamp’ scheme, the customer would have to fill the ‘My Stamp’ order form indicating choice of stamps from available stamp sheets, following which the forms would be handed over to the operator after being duly signed.

‘My Stamp’ was first introduced during the World Philatelic Exhibition, ‘INDIPEX-2011’. This scheme is available in selected Philatelic Bureaux and counters, important post offices and post offices situated at tourist places.