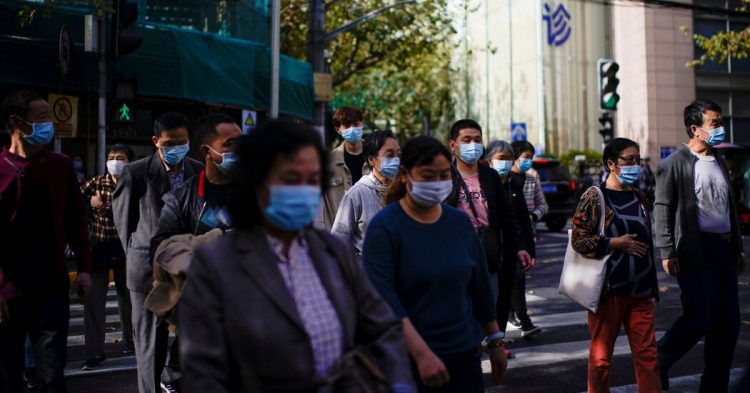 China is preparing to vaccinate 50 million people against the coronavirus before Feb. 15, the Lunar New Year holiday when hundreds of millions of people are expected to travel, according to a Chinese vaccine expert.

China’s National Health Commission set the ambitious target with provincial officials in a teleconference with them on Dec. 15, Tao Lina, a vaccine expert based in Shanghai and a former immunologist with the city’s Center for Disease Control and Prevention, said in a telephone interview. He cited information given to him from officials who were on the call and minutes of the meeting that were provided to him. The National Health Commission did not immediately respond to a request for comment.

Mr. Tao said the 50 million figure was an estimate based on an initial assessment of the “key population targets” that would be first in line for the vaccines. He added that the provinces were in the process of tallying the total number of people. This month, the government said that it was prioritizing health care professionals, pilots, people who work in the food import industry and others at an elevated risk for contracting the virus.

China has not disclosed safety and efficacy data for any of its five vaccines that are in late-stage testing, but officials say several are on track for authorization. The state-run company Sinopharm, which has two vaccines in late-stage trials, has applied to China’s regulators for approval. The United Arab Emirates and Bahrain recently approved a vaccine made by Sinopharm after an early analysis found that it was effective.

The rapid rollout in China could cause some discontent among people who are reluctant to be vaccinated. Mr. Tao said he knew of several medical workers who were not eager to be inoculated because they were worried about the novel shots. Some of them are also less afraid of contracting Covid-19 because the pandemic appears to have been mostly stamped out in China, he said.