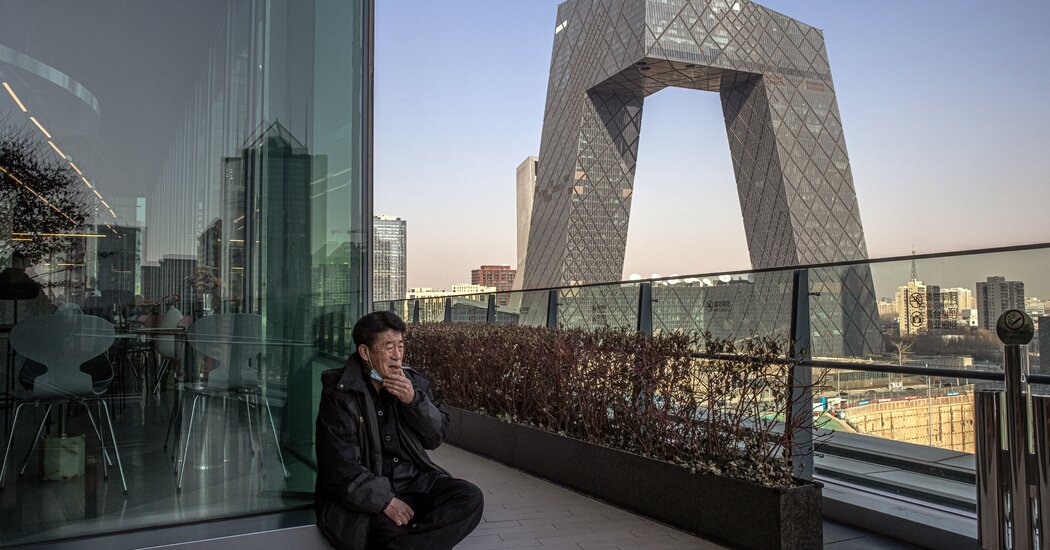 China’s broadcasting regulator announced on Friday that the BBC will be banned from airing its programs in China through satellite services, accusing the British news service of biased, inaccurate reporting that has “damaged Chinese ethnic unity.”

The Chinese announcement came just over a week after the British broadcasting regulator banned China Global Television Network, or CGTN, citing its control by the Chinese Communist Party, and the move appears likely to be seen as a counterstrike against that move.

The BBC’s services are already widely restricted by China’s comprehensive firewall of censorship, and the new ban will affect a limited number of viewers who could view the British broadcaster through satellite services for international hotels and residential compounds mostly populated by foreigners.

The announcement from China’s National Radio and Television Administration did not specify which news reporting was found to have violated Chinese rules. But for days Chinese officials and state media have complained about BBC reports on Xinjiang, the western region of China where Muslim minorities have endured sweeping detentions and draconian controls.

A program earlier this month focused on testimony from women from Xinjiang who described being raped in detention camps. That report said “several former detainees and a guard have told the BBC they experienced or saw evidence of an organized system of mass rape, sexual abuse and torture.”

BBC reporting had “violated the requirement that news be truthful and fair, and has harmed Chinese national interests and damaged Chinese ethnic unity,” the Chinese regulator said. It said that it would not consider an annual licensing application that would allow BBC World News to broadcast into China.

In response, a spokeswoman for the BBC said in a statement on Thursday that it “reports on stories from around the world fairly, impartially and without fear or favor.”

“We are disappointed that the Chinese authorities have decided to take this course of action,” she said.

Broadcasts by services like the BBC and CNN are already censored in China. When reports about China come up, censors regularly block the segments, leaving viewers with silent, dark screens.

Ofcom said it withdrew the license because CGTN’s license holder, Star China Media Limited, did not exercise the effective oversight of the network’s programming that British law requires. The regulator also said the network failed to put in place a promised restructuring to solve the licensing impasse, and it cited CGTN’s well-documented control by the Chinese Communist Party’s propaganda apparatus.

The Chinese foreign ministry and CGTN denounced the British decision as a hypocritical attempt to suppress China’s views. The decision reflected “anti-China sentiment and the right-wing ideologies” in Britain, CGTN said in an article on its website.

A spokesman for the foreign ministry, Wang Wenbin, told a news conference in Beijing last week that the decision exuded “brazen double standards and political bullying.”

“China reserves the right to make the necessary response and safeguard the legitimate rights of Chinese media,” he said.

The ban on the BBC’s news broadcasts is unlikely to mark the end of tensions between China and Western news outlets. Chinese officials have become increasingly vocal in criticizing reporting that they regard as biased, and Xinjiang is a particular sore point.

Last week, Ma Hui, a senior diplomat in China’s embassy in London, told an executive from the BBC that its reporting about Xinjiang had “baselessly smeared and vilified China’s national image,” said a report issued Thursday by the embassy.

The tensions may also make it harder for British journalists in China to renew or obtain work visas there — already a nerve-racking process for some of them. The BBC would not comment on whether its journalists had encountered such difficulties.

In February 2020, China ordered three correspondents for The Wall Street Journal to leave as punishment for a headline in The Journal’s opinion section that Beijing denounced as racist. In March, China ordered the expulsion of another dozen or so journalists for The Journal, The Washington Post and The New York Times. That move was retaliatory after the Trump administration announced a cap on the number of Chinese citizens allowed to work in the United States for five state-run Chinese news outlets.