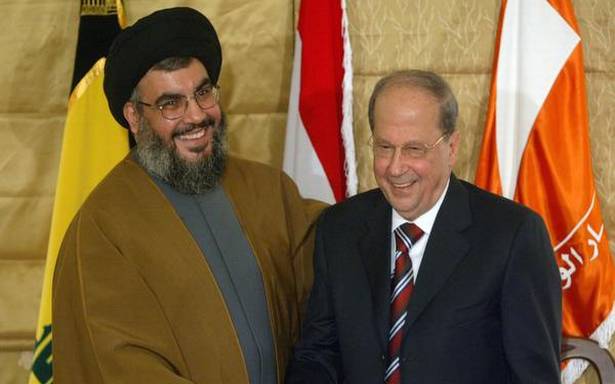 Chinese Foreign Ministry denied that it had sought the additional guarantees and said CPEC projects were on track despite the pandemic.

China on Monday said reports suggesting it was seeking additional guarantees from Pakistan before sanctioning a loan for a key project under the China Pakistan Economic Corridor (CPEC), a flagship plan under President Xi Jinping’s Belt and Road Initiative (BRI), were “baseless”.

Beijing also defended the progress of the CPEC plan, following reports in the Pakistani press last week that concerns over Pakistan’s ability to pay back loans as it grapples with the impact of the pandemic had emerged in recent negotiations.

The Express Tribune newspaper reported China had sought additional guarantees before sanctioning a $6 billion loan for Main Line-1 (ML-1) project, which includes upgrading a 1,872 km rail line from Peshawar to Karachi, due to the “weakening financial position of Pakistan” and had “proposed a mix of commercial and concessional loans against Islamabad’s desire to secure the cheapest lending.” This was raised at the third joint ML-1 financing committee meeting held earlier this month, the report said.

The Chinese Foreign Ministry denied that it had sought the additional guarantees and said CPEC projects were on track despite the pandemic.

“These reports are simply baseless.” spokesperson Zhao Lijian said. “As an important pilot project of the BRI, CPEC has maintained positive momentum of development since its inception in 2013. Amid the COVID-19 epidemic, there is no stop of the construction, no job cut and no withdrawal of workforce of the CPEC projects, which effectively supports Pakistan in fighting the epidemic and stabilising the economy.”

He said at a meeting last week of the CPEC Joint Working Group held in Xinjiang in western China, both sides “reiterated their commitment to implementing the consensus of leaders, giving priority to industry, agriculture, science and technology and livelihood and extending to underdeveloped areas, in a bid to build CPEC into a demonstration project of quality BRI cooperation.”

“I want to stress that China’s input in the BRI, including CPEC, has increased despite global economic recession,” he added. “In the first three quarters this year, China’s direct investment in non-financial sectors in BRI partner countries grew by around 30% year on year.”

The progress of CPEC, China’s most ambitious BRI project that aims to build a network of roads, railway lines and power projects throughout Pakistan with an estimated value of $62 billion, has been under scrutiny this year. India has voiced concerns about the CPEC plan, one main reason why it has stayed out of the BRI, as it includes projects in Pakistan-occupied Kashmir (PoK) as part of a corridor connecting Xinjiang with Pakistan.

Earlier this year, China’s Embassy in Pakistan released a statement saying CPEC projects were on track in response to questions about delays, and that 32 projects had “achieved early harvests” over the past five years. “This has significantly improved local transportation infrastructure and power supply, created over 75,000 jobs directly and contributed one to two percent of the GDP growth in Pakistan,” the statement said.

The statement also hit out at criticism from the U.S. that said Chinese projects were leaving huge debt burdens. “Regarding the so-called debt issue, according to statistics from the State Bank of Pakistan, the total foreign debt of Pakistan is $110 billion,” the statement said, adding that “international financial institutions including the Paris Club and IMF are the largest creditors of Pakistan.”

Loans from CPEC were about $5.8 billion, accounting for 5.3% of Pakistan’s total foreign debt, with a repayment period of 20-25 years and an interest rate of approximately 2%, according to the Embassy, with repayments to start in 2021 of around $300 million annually.

However, the ML-1 project loan, currently being discussed, will likely be far larger than previous deals, according to reports in Pakistan, with as much as $6 billion being negotiated for the estimated $6.8 billion project.