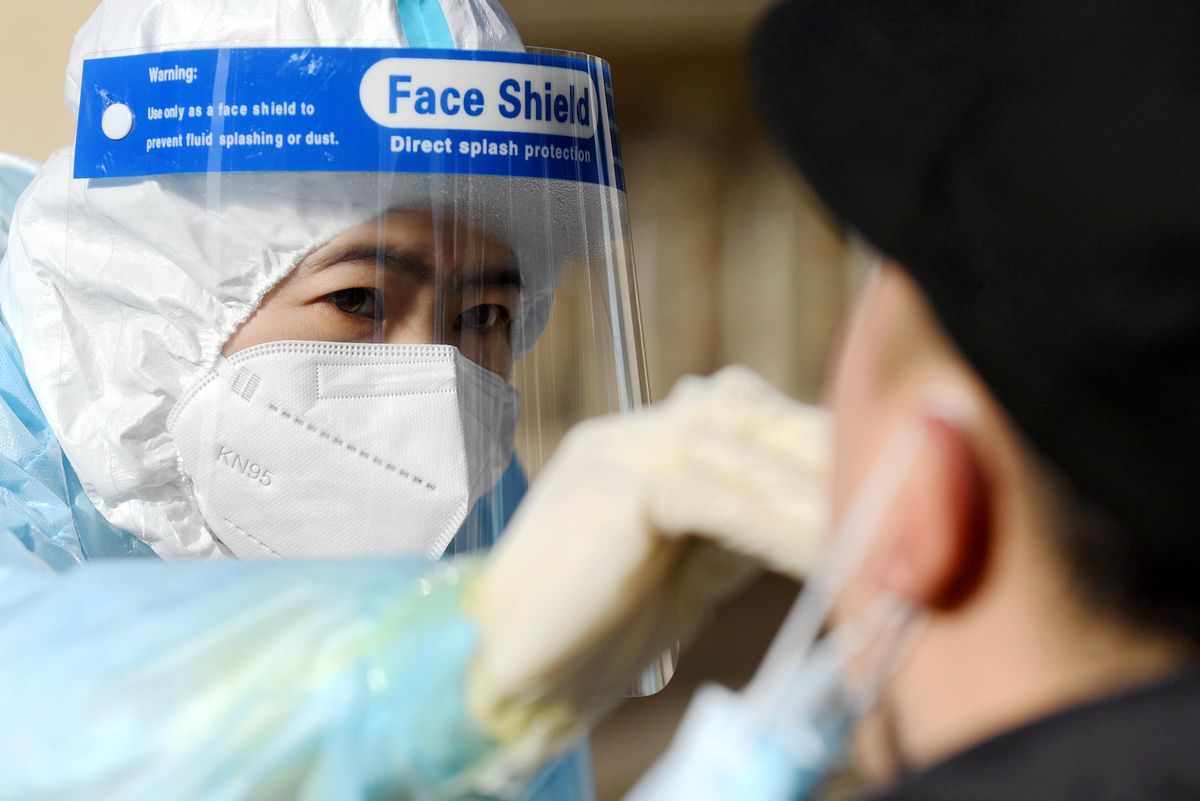 The World Health Organization team investigating the origins of Covid-19 will finally be allowed access to China to work alongside a local team of scientists, the country’s health authority announced Monday as the mainland recorded its biggest increase in daily coronavirus cases since July, a grim figure largely brought about by a surge of cases in Hebei province, near Beijing.

85 of these infections were transmitted locally, the authority said, 82 of which were in the struggling province of Hebei, where areas have been placed under strict lockdown in a bid to contain the virus and prevent it spreading to nearby Beijing.

Amid the spike in cases, Chinese authorities have said they are finally ready to admit an expert team of World Health Organization scientists into the country to investigate the origins of the novel coronavirus after months of tense negotiations.

China blocked the scientists’ arrival in early January and authorities have not yet said where the team will be allowed to go when they do arrive on January 14, but according to reports, are set to visit the city of Wuhan, where the virus was first detected in late 2019.

China has been accused of trying to cover up the origins of Covid-19 and officials have been trying to alter existing narratives by suggesting the virus was imported into China from overseas.

The expert team “will conduct joint research cooperation on the origins of Covid-19 with Chinese scientists,” the Chinese health authority said.

Countries and organizations around the world have been trying to get experts into China to investigate the origins of Covid-19 for months. China has stonewalled, leaving many crucial details about the emergence of this deadly virus unknown. It is believed to have crossed over from animals into humans in the later months of 2019. This is believed to have happened in China, and the first identified case was from a novel coronavirus that had been circulating in the city of Wuhan. The first outbreak is linked to a market there, which researchers have been trying to access in order to better understand the virus’ origins.  Some, including U.S. President Donald Trump, are calling for China to pay reparations for its apparent role in the virus’ emergence — something the World Health Organization has been grappling with as it tries to get boots on the ground. In recent months, China has been making a concerted effort to relocate the virus’ birthplace outside of its borders, including engaging in a blame-shifting propaganda campaign, trying to relocate the virus’ origin outside of China.

Last July, as the spread of coronavirus began to ramp up in the U.S., Trump formally withdrew the U.S. from the WHO, accusing the health body of being “China-centric” and not acting fast enough.

Parts of Hebei are under strict lockdown as authorities struggle to contain the virus. The capital, Shijiazhuang, is hardest hit, and people have been barred from leaving. While cases here, and in the rest of China, are much lower than in the earliest Covid-19 wave, cases could begin to spiral out of control as has happened in many other cities around the world.

Study Suggests Covid-19 Was In The U.S. Weeks Earlier Than Thought, Before First Public Cases In China (Forbes)

WHO team probing COVID-19 origins to arrive in China on Jan. 14 (Nikkei)