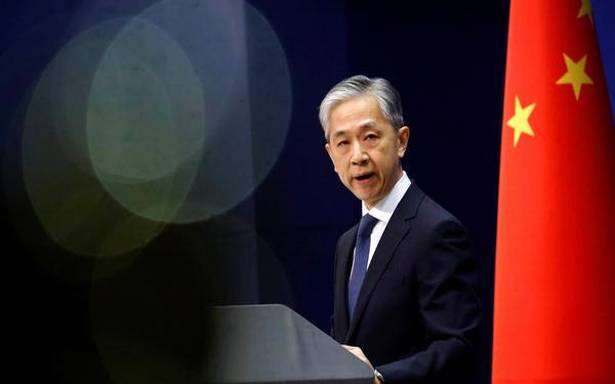 The Foreign Ministry also called on President Donald Trump not to sign into law legislation approved by Congress on Tibet.

China hit back with reciprocal actions Tuesday against unnamed American officials in the latest back-and-forth, following a U.S. announcement of new visa restrictions on Chinese officials.

The Foreign Ministry also called on President Donald Trump not to sign into law legislation approved by Congress on Tibet.

The visa action came in response to a State Department announcement Monday that said the U.S. will deny visas to Chinese Communist Party officials whose policies or actions are aimed at repressing religious groups, ethnic minorities, dissidents or others.

“China has taken reciprocal countermeasures against the U.S. individuals and their family members who are primarily responsible for recent interference in China’s internal affairs,” Foreign Ministry spokesperson Wang Wenbin said.

He did not say who or how many people were affected.

Wang also said China opposed the Tibetan Policy and Support Act, which calls for the establishment of a U.S. consulate in Tibet as well as support for Tibetans to choose the next Dalai Lama, their spiritual leader, on their own.

Congress approved the bill Monday as part of a $900 billion coronavirus relief package that also included other unrelated year-end legislation.

The U.S. has placed an escalating series of sanctions, visa bans and financial restrictions on Chinese government officials and Communist Party members this year. The U.S.-China relationship has become increasingly fraught as the two countries battle over issues from human rights to the coronavirus and trade.

Previous visa restrictions and financial sanctions applied to officials “involved in the horrific abuses taking place in Xinjiang, restrictions on access to Tibet, and the destruction of Hong Kong’s promised autonomy,” Secretary of State Mike Pompeo said in Monday’s statement.

“Today’s action creates additional restrictions applicable to all (Communist Party) officials engaged in such repressive activities, no matter their location,” he said.