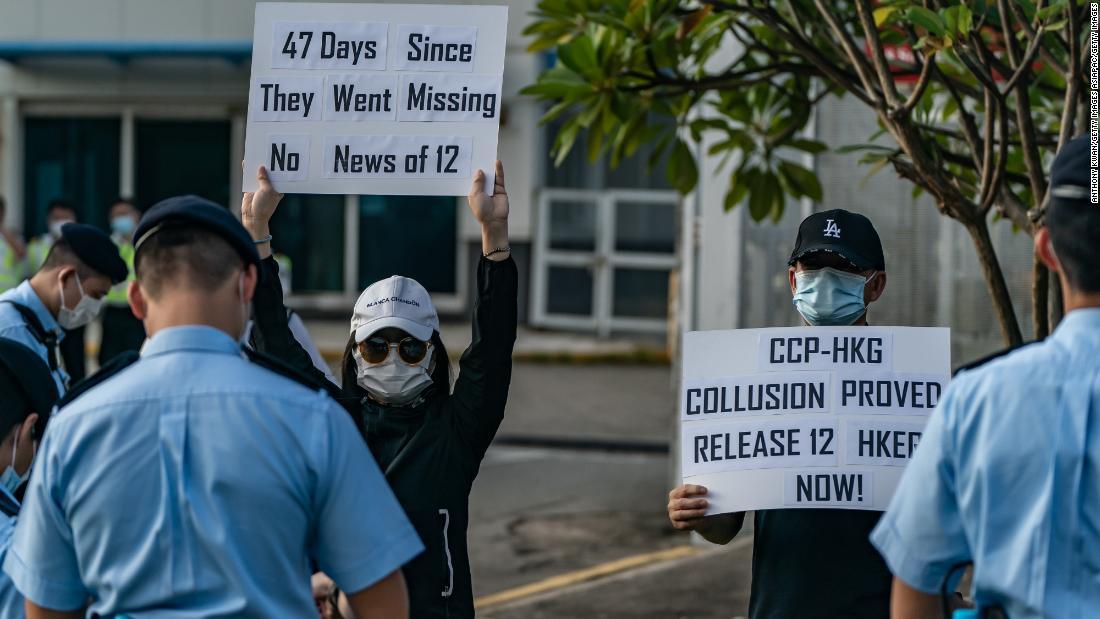 The indictment took their cases a step closer to court, although no date has been set for their hearings to begin.

A court in the southern city of Shenzhen, where the 12 have been held, said in a statement on Wednesday that two members of the group had been charged with organizing illegal border crossings, while eight were charged with illegal border crossing. The remaining two, both minors, will be subject to a closed-door hearing and “decisions will be made according to the law,” the statement said.

According to China’s criminal law, those convicted of organizing illegal border crossing can face two to seven years in jail — and in severe cases, life imprisonment. The crime of illegally crossing the border can lead to a maximum of one year’s imprisonment. China’s judicial system has a conviction rate around 99%, according to legal observers.

The 12 activists — most of whom were on bail or facing charges in Hong Kong related to last year’s anti-government protests — boarded a speedboat in the tiny fishing village of Po Toi O on August 23, hoping to follow others who had fled to the self-governing island of Taiwan, about 700 kilometers (440 miles) away.

Soon after they crossed the maritime border between Hong Kong and the Chinese mainland, their boat was stopped by a coast guard vessel.

They have been detained in mainland China ever since while their families have desperately lobbied for their return, saying the 12 have been denied access to lawyers and abused while in Chinese custody.

Mainland authorities have said they will “protect the legitimate rights of the suspects in accordance with the law,” and have provided them with government-appointed lawyers.

Following the court’s announcement Wednesday, the family members of the 12 Hong Kongers issued their own statement, saying they wish to attend the court hearings. But they worry that they won’t be able to make it in time when the trial dates are announced due to the 14-day quarantine requirement to curb the spread of coronavirus.

In the statement, the family members also took issue with the arrangement of government-appointed lawyers.

Chinese courts — along with prosecutors and police — are overseen by the Chinese Communist Party’s powerful Central Political and Legal Affair Commission and its local branches.

Fears relating to China’s judicial system, and its potential reach into Hong Kong, sparked protests last year which led to months of anti-government unrest in the semi-autonomous city.

This year, as protests began to pick up again following a coronavirus-forced break, the Chinese government imposed a national security law on Hong Kong, criminalizing sedition, secession and subversion.

The law, which the government says is necessary to restore order, has caused several prominent activists to flee overseas.