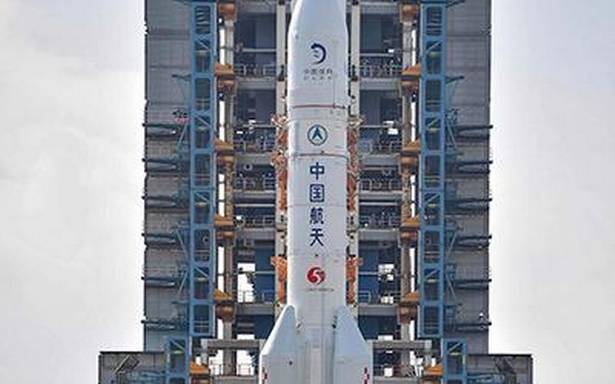 Mission aims to aid scientists in tracing the origin of moon.

China is preparing to launch an unmanned spacecraft on Tuesday to bring back lunar rocks, the first attempt by any nation to retrieve samples from the moon in four decades.

Beijing is pouring billions into its military-run space programme, with hopes of having a crewed space station by 2022 and of eventually sending humans to the moon.

The Chang’e-5 probe, named after the mythical Chinese moon goddess, aims to shovel up lunar rocks and soil to help scientists learn about the moon’s origins, formation and volcanic activity on its surface.

The mission is set to take off from the Wenchang Space Center on the southern island province of Hainan, according to the official Xinhua news agency.

The China National Space Administration (CNSA) said on its WeChat social media account that the launch was planned for between 4 a.m. and 5 a.m. on Tuesday (local time).

The original mission, planned for 2017, was delayed due to an engine failure in China’s Long March 5 launch rocket.

If successful, China will be only the third country to have retrieved samples from the moon, following the U.S. and the Soviet Union in the 1960s and 1970s.

The Chinese probe will collect 2 kg of surface material from a previously unexplored area known as Oceanus Procellarum — or “Ocean of Storms” — which consist of a vast lava plain, according to the science journal Nature.

Total lunar eclipse: Your guide to watching the ‘super blood moon’ in the SF...