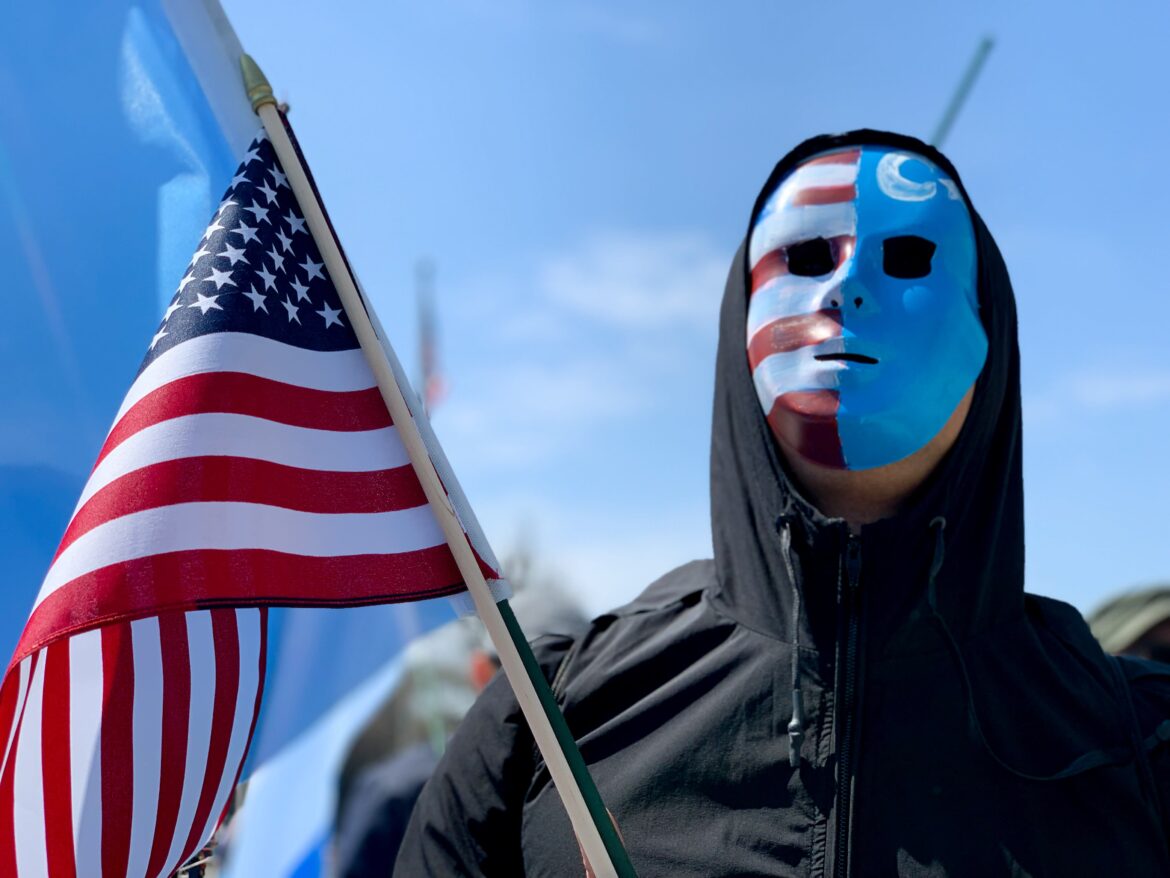 A demonstrator, wearing a mask, holds a US flag during a protest against Chinas human rights abuses against Uighur Muslims in Xinjiang province, calling on U.S. government to take action against Beijing, on April 06, 2019 in Washington, United States.

China has imposed sanctions against two U.S. religious rights officials, a Canadian member of parliament and a subcommittee on human rights in Canada’s House of Commons, according to a Chinese Foreign Ministry statement released Saturday.

The sanctions are the latest escalation in a growing dispute between Western nations and Beijing over the treatment of ethnic and religious minorities in China, particularly the province of Xinjiang.

The Chinese sanctions target the chair and vice chair of the U.S. Commission on International Religious Freedom, Gayle Manchin and Tony Perkins. The USCIRF has condemned China’s treatment of the Uyghur Muslim population in Xinjiang and endorsed recent U.S. sanctions against Chinese officials.

The U.S. condemned the sanctions in a late Saturday statement released by the State Department, calling the measures “baseless.”

“Beijing’s attempts to intimidate and silence those speaking out for human rights and fundamental freedoms only contribute to the growing international scrutiny of the ongoing genocide and crimes against humanity in Xinjiang,” Secretary of State Antony Blinken said in the statement.

The House of Common’s foreign affairs committee released a report earlier this month, based on meetings in the subcommittee, that concluded human rights abuses against Uyghur Muslims in China amount to crimes against humanity and genocide.

The Chinese sanctions prohibit the officials from entering mainland China, Hong Kong and Macao and bans Chinese citizens and institutions from doing business the officials and conducting exchanges with the human rights subcommittee.

The sanctions come in response to punitive measures the U.S. placed on two Chinese officials earlier this week. The Biden administration said it imposed those sanctions in response to human rights abuses against Uyghur Muslims.

The U.S. sanctions targeted China’s Wang Junzheng, secretary of the party committee of the Xinjiang Production and Construction Corps, and Chen Mingguo, director of the Xinjiang Public Security Bureau.

The two officials were targeted due to their connection to “arbitrary detention and severe physical abuse, among other serious human rights abuses targeting Uyghurs,” the Treasury said in a statement Monday.

Canada also imposed sanctions against Chinese officials over the treatment of Uyghurs.