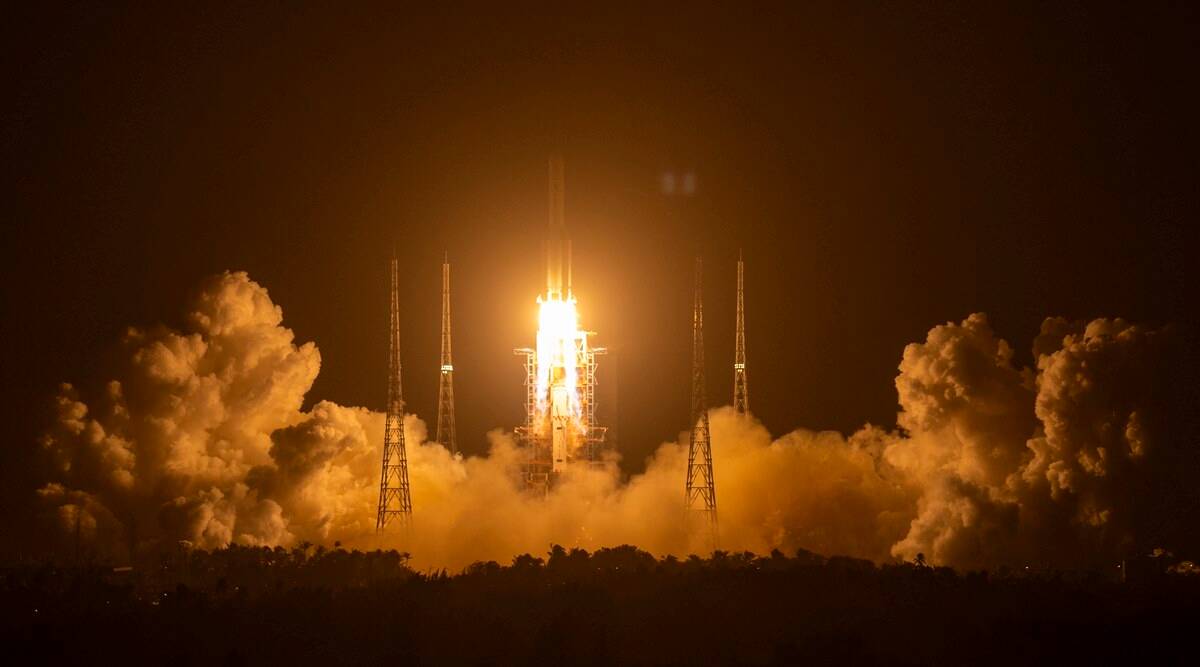 China has launched an unmanned spacecraft that aims to retrieve rock and soil samples from the moon. It is the first such mission in several decades and comes as Beijing continues to step up its space program.

China on Tuesday sent a robotic spacecraft on its way to the moon to collect rock samples there and bring them back to Earth for the first time in more than four decades.

The Chang’e-5 spacecraft was carried into space by the Long March-5, China’s largest carrier rocket, which blasted off from Wenchang Space Launch Center on the southern Chinese island of Hainan at 4:30 a.m. Beijing time (Monday 2030 UTC). Launch commander Zhang Xueyu later said the takeoff was successful. The Chang’e-5 mission, coordinated by the China National Space Administration, is named after the ancient Chinese goddess of the moon.

Explained | What is China’s Chang’e-5 probe to the Moon about?

If the spacecraft completes its task, it would make China the third country in the world to have retrieved lunar samples after the United States and the former Soviet Union.

The 8,200 kg (18,078 pound) spacecraft is carrying two vehicles, a lander and an ascender, to be sent to the moon’s surface from its lunar orbit in about eight days from now. 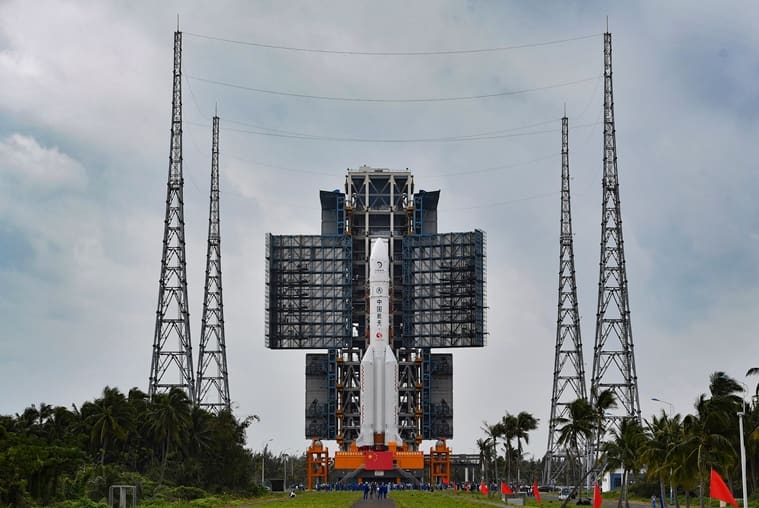 In this Nov. 17, 2020, photo released by China’s Xinhua News Agency, a Long March-5 rocket is seen on the launch pad at the Wenchang Space Launch Site in Wenchang in southern China’s Hainan Province. (Xinhua via AP)

If all goes according to plan, the lander will then collect up rocks and soil with a robotic arm and transfer them to the ascender vehicle. The ascender s meant to take off again and rendezvous with an orbiting module after two days. Finally, the samples are to be transferred to a return capsule that takes them back to Earth in around 23 days’ time.

It is hoped the samples will help scientists learn more about the origin and formation of the moon.

The moon mission is China’s most ambitious to date. It comes after the Chang’e-4 mission last year, which saw the first landing ever on the far side of the moon.

The last samples of material from the moon were retrieved by the Soviet Union’s Luna-24 mission in August 1976.

China is stepping up its space program. In July, it launched its first independent mission to Mars. It also plans to build its own space station by 2022 and to send a probe to Jupiter by 2029.