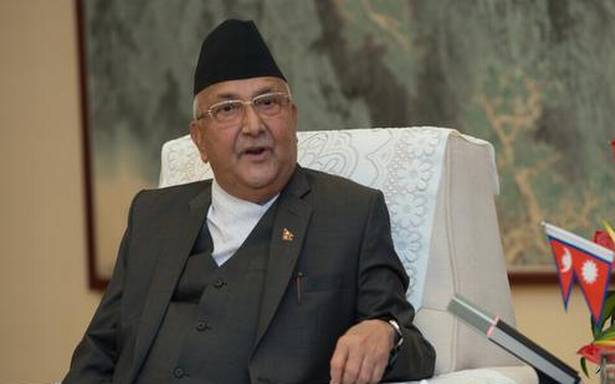 China will send a four-member team led by a vice minister of the Chinese Communist Party to Kathmandu.

China is sending a four-member team led by a vice minister of the Chinese Communist Party to Kathmandu in what is believed to be its effort to assess the ground situation and prevent a split in the ruling the Nepal Communist Party (NCP), a media report said on Saturday.

Nepal plunged into a political crisis after President Bidya Devi Bhandari dissolved the House of Representatives and announced dates for mid-term elections at the recommendation of Prime Minister K P Sharma Oli on Sunday, sparking protests from a section of the ruling party.

The ruling NCP has been virtually split between the factions led by Prime Minister Oli and executive chairman Pushpa Kamal Dahal ‘Prachanda’, two years after it was formed with the merger between CPN-UML led by Oli and CPN-Maoist Centre led by Prachanda in May 2018.

At least two NCP leaders confirmed that Guo Yezhou, vice-minister of the International Department of the Communist Party of China (CPC), is arriving in Kathmandu on Sunday, the Kathmandu Post newspaper reported.

“Leading a four-member team, Mr. Guo is scheduled to land in Kathmandu on Sunday morning on a regular China Southern Airlines flight,” the paper reported, citing sources in both factions of the NCP.

The paper said that the Chinese move is believed to be Beijing”s effort to assess the ground situation.

Bishnu Rijal, Deputy Head of Department of Foreign Affairs of the NCP’s Prachanda-led faction, said that the Chinese side has communicated about Mr. Gou’s visit to Kathmandu.

“I don’t have much detail to share with you at this point of time,” Mr. Rijal was quoted as saying by the paper.

The Chinese embassy in Kathmandu did not respond to its multiple calls and messages, the paper said.

Citing sources in the ruling party, the paper said that during his four-day stay in Kathmandu, the Chinese vice minister is scheduled to meet top leaders of both factions of the party.

The development comes after Chinese ambassador in Nepal Hou Yanqi held a series of meetings with the President and top leaders of the NCP, including Prachanda and Madhav Nepal, who has replaced Oli as chairman of the Prachanda-led faction.

Ambassador Hou on Thursday met Mr. Prachanda, who claims control over the ruling party after removing Prime Minister Oli from the posts of the party’s parliamentary leader and chair.

She had also met the Standing Committee member and former energy minister Barsha Man Pun on Thursday, the paper said.

Ambassador Hou’s meeting with Mr. Prachanda came two days after she called on President Bhandari at the latter’s office in Sheetal Niwas on Tuesday.

The envoy was said to have discussed the latest political development following the President’s move to dissolve the House of Representatives and announce mid-term elections.

This is not the first time that China has intervened in Nepal”s internal affairs at a time of crisis.

In May, Ambassador Hou held separate meetings with President Bhandari, the Prime Minister and other senior NCP leaders, including Mr. Prachanda, when Mr. Oli was facing mounting pressure to step down.

In July, she again met a number of top leaders, including the President, Prime Minister, Mr. Prachanda, Madhav Kumar Nepal and Jhala Nath Khanal and Bamdev Gautam to save Mr. Oli, who is known for his pro-Beijing leanings.

Dozens of student activists carrying placards with anti-China slogans had staged a demonstration in front of the Chinese Embassy here to protest against Ambassador Hou’s interference in Nepal”s internal affairs.

China’s political profile in Nepal has been on the rise in the recent years with billions of dollars of investments under Beijing’s multi-billion-dollar Belt and Road Initiative (BRI), including the building of the Trans-Himalayan Multi-Dimensional Connectivity Network.

Besides the investments, China’s Ambassador to Nepal Hou has made open efforts to garner support for Mr. Oli.