China’s Chang’e 5 lands on the moon 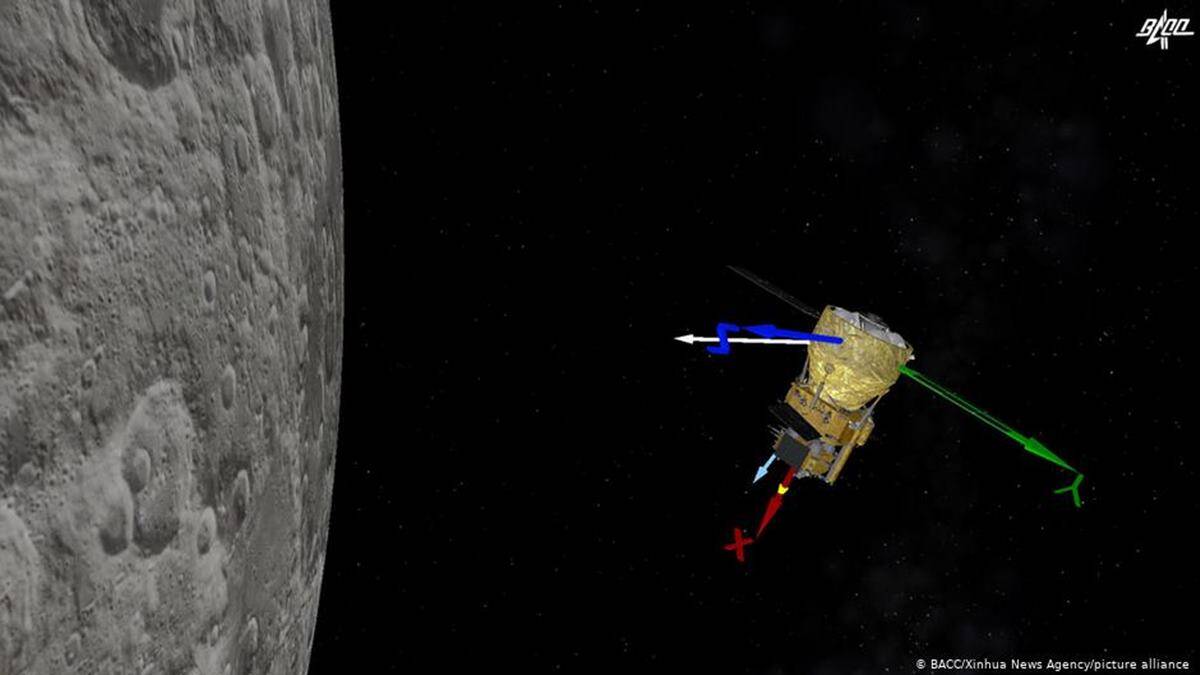 
The historic mission, which was launched on November 24, aims to retrieve lunar surface samples to help scientists learn more about the moon’s origins. (Photo source: DW)

China successfully landed its unmanned Chang’e 5 probe on the surface of the moon on Tuesday, according to Chinese state media.

The historic mission, which was launched on November 24, aims to retrieve lunar surface samples to help scientists learn more about the moon’s origins. Chang’e 5 is the first sample-return assignment from the moon since 1976.

That mission 44 years ago saw the Soviet Union’s Luna 24 come back with about 170 grams (6 ounces) of material but Chang’e 5, named after the mythical Chinese moon goddess, is planning to drill into the lunar surface and load 2 kilograms of rocks and debris before returning to earth.

The Chinese space program has been gathering pace over the last two decades. In 2003, China became the third nation, after the United States and Russia (and formerly the USSR), to launch a human into space. Beijing has been expanding its program ever since with ambitions to eventually send a manned operation to the lunar surface.

How systemic change, circular economies and climate action are key to achieving...

From geopolitical tensions to the coronavirus pandemic and disputes over trade, modern...
Read more

US rules out compromise with China on intellectual property theft, South China...

The Biden administration has ruled out any compromise with China on issues...
Read more

U.S. rules out any compromise with China on IP, South China Sea...

The two countries are currently engaged in a bitter confrontation over various...
Read more

Here’s what to expect from McDonald’s earnings